LFF speaks to Scotland's former justice secretary, after Lisa Nandy said Catalonia might provide inspiration on how to tackle nationalism. 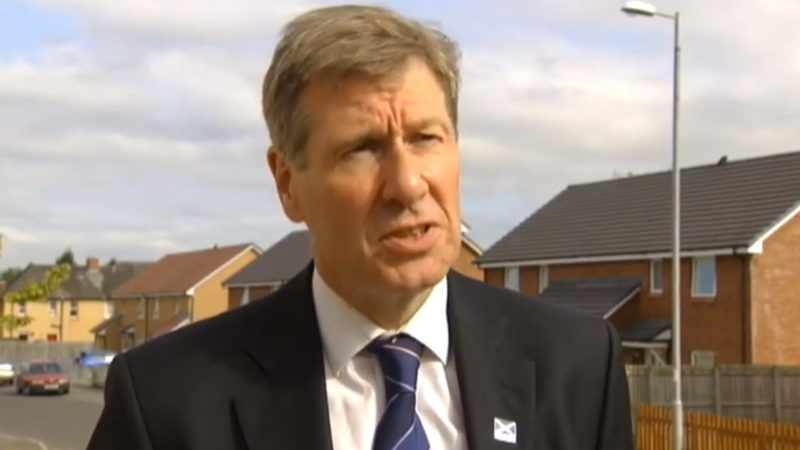 An SNP MP has branded comments by Labour leadership contender Lisa Nandy ‘insane’, after she said the UK should ‘look to Catalonia’ for lessons on how to challenge Scottish nationalism.

Nandy made the comments in her interview with Andrew Neil earlier this week, triggering outrage from independence supporters. The Spanish civil guard injured hundreds in 2017 when they used force to try to stop a disputed independence referendum in Catalonia.

Speaking to Left Foot Forward, Kenny MacAskill – Scottish justice secretary from 2007-2014 and newly-elected MP – said Nandy’s comments were ‘insulting’ and ‘insane’. [Update: Lisa Nandy’s campaign have clarified Nandy’s comments on Scotland in a piece here]. He also hit out at comments from Jess Phillips that the SNP had ‘no mandate’ for independence.

Mr MacAskill – an author and former lawyer – said that continued rejection of a second Scottish independence referendum meant: “We’re going to have a Catalonia [style] situation in Scotland” – with the potential for widespread civil disobedience.

He argues that Scottish Labour politicians ‘don’t know their history’ – with a strong ‘home rule’ streak running through the party from the beginning.

He called for the SNP to ‘organise and mobilise the working class’ against the Tories’ rejection of a fresh independence vote. The MP said the Conservatives now rule as an ‘oligarchy’ over Scotland.

While trade unions in Scotland are traditionally opposed to independence, Mr MacAskill believes ‘unions will start to get behind independence’. However, he argued any industrial action over independence would be ‘way down the line’. (Overtly ‘political’ strikes are illegal in the UK).

Signs of a shift are already appearing – the General Secretary of the Scottish Trades Union Congress (STUC) Grahame Smith said this month that the Scottish National Party’s landslide victory in December’s election made it clear voters wanted a referendum.

The SNP justice spokesperson is calling for a constitutional convention ahead of a fresh independence referendum, with MPs, MSPs and councillors on the left coming together in a ‘united popular front’.

“The SNP will have to respect Labour [in such a convention]. We need to put behind the tribalism,” he said.

2021 sees the next Holyrood election, with the vote likely to be seen as a gauge on support for a second indy ref.

Asked whether the mandate for a second referendum would be based on how many seats the SNP win, Mr MacAskill said: “It has to be based on the issues – not on SNP seats,” given that the Scottish Greens – who currently have six MSPs – support independence.

The Scottish Tories are currently holding a leadership election: “Tory scots aren’t even attempting soft cuddly unionism….They’re like the Soviets who said ‘no to the Prague spring’ – the Tories say no to an independence referendum.”

“The Tories making next year’s [Holyrood] election a referendum on the constitution is a gift to the SNP,” the SNP MP added.

The SNP are unlikely to want to make their contested record on public services the primary issue in the campaign.

“If they treat us like sh*t, we’ll fight back.”

Josiah Mortimer is Editor of Left Foot Forward. Folow him on Twitter.