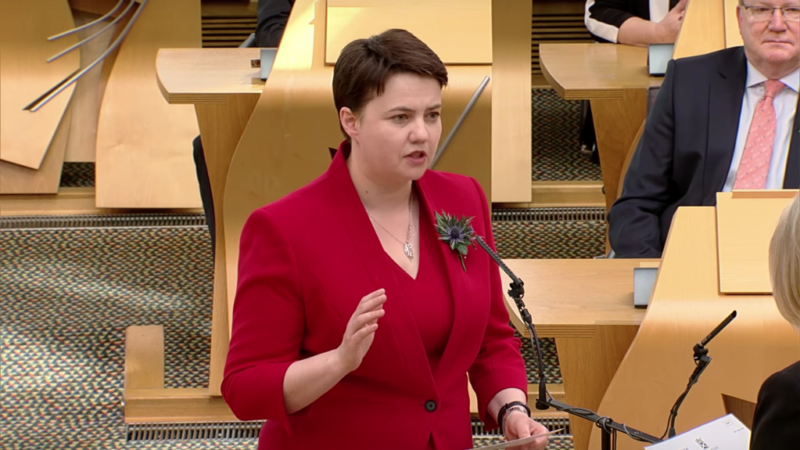 Ruth Davidson has a tough choice on her hands as she’s being forced to choose between her job as a Member of the Scottish Parliament (MSP) and a rumoured position for her in the House of Lords.

A Scottish National Party (SNP) MP has told her straight off they will not allow her to become a “part-timer who continues to pocket an MSP’s salary.”

Ms Davidson, who has served as MSP for Edinburgh Central since 2016, is reportedly going to be appointed to the Lords, which would give her a second parliamentary job and income but without democratic accountability.

MSP George Adam from the SNP said said: “If this speculation is accurate then Ruth Davidson needs to stand down from the Scottish Parliament and allow the people of Edinburgh Central to be represented by someone who treats it as a serious, full-time job, instead of by a part-timer who continues to pocket an MSP’s salary.

“Ruth Davidson has never shown a shred of political principle, going from the darling of the Remainers to a born-again Brexiteer without missing a beat.

“Her botched bid to accept money from a lobbying firm while sitting as an MSP shows that she is not remotely serious about representing her constituents.”

Mr Adam went on to say it’s as if Ms Davidson is being “rewarded for failure”.

“With this reported peerage, Ruth Davidson is now set to be rewarded for failure – being handed a fat salary and a permanent place in parliament without having to answer to constituents,” he said.

“She should do the decent thing and stand down now as an MSP.”

Ms Davidson quit as leader of the Scottish Conservative Party last August and is due to step down from her MSP role next year before the Holyrood election.