Salma Yaqoob sets out how she’d be a ‘pro-business’ and ‘green’ Mayor for the West Midlands, if selected as Labour's candidate to take on the Tories’ Andy Street. 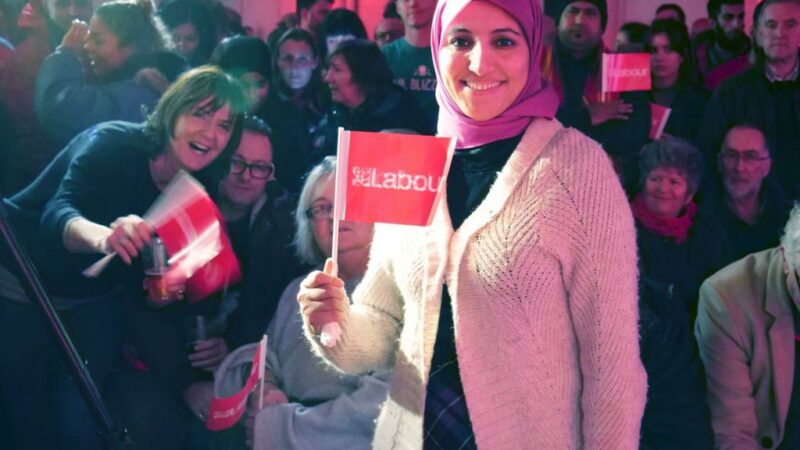 The West Midlands Mayoral election in May can be the start of the progressive fightback after December’s General Election disaster.

In my two decades of public life I have always strived to bring people together and I will do this during my campaign against the Conservatives’ Andy Street, and thereafter as Mayor.

I have consistently fought for social justice and spent my career in the NHS helping others. I am proud my campaign reflects our region and is a melting pot of ages, cultures and talents who want to help others fulfil their potential.

I have been overwhelmed by the surge in support by members and councillors and delighted to have been endorsed by Unite, CWU and Momentum.

Labour can’t win by doing same thing, I have decades of campaigning experience and am a refreshing change from the ‘typical’ image of a politician.

I’m not interested in being a tick box woman or BAME figure but my campaign has proved people want someone who is authentic, plain speaking and trustworthy and those are three boxes I certainly tick.

Our elected representatives need to have a warmth and authenticity as well as being capable to deliver a bold vision by having common sense rooted in real life.

I will ensure the economy of this region works for everyone and the environment.

We cannot blame voters for giving Andy Street a chance. Surely a Tory Mayor would be able to get more money from a Conservative Government than a Labour Mayor?

After three years we can now see our region languishes in the Treasury investment league table and know a Conservative Government can ignore a Conservative Mayor very easily.

Whitehall will not be able to ignore me. I will have the freedom to call out unfairness whenever I see it and will not look the other way due to party loyalty.

We will use every lever of power to help businesses in the West Midlands.

Andy Street knew full well the danger to jobs a hard-Tory Brexit will bring, but has not offered any clarity to worried businesses.

When the job losses happen while the Tories will be busy deflecting blame we will be doing everything practically possible to keep local people employed.

We need to get the West Midlands moving. Andy Street waited nearly three years to read the riot act to failing train companies.

We can only get people to give up their cars if they can rely on public transport. Unlike London and Manchester, West Midlands buses do not even go through the night.

And if you live in a rural area then you would have seen bus services reduced or cancelled in the last five years, ditching the car is unthinkable for families in these areas.

Passengers often have to buy separate tickets for the bus, tram and train, which seems like a failure to me. A cheap ticket covering all public transport is a must.

Our population is incredibly young, which means the opportunity to change attitudes is there, thankfully the next generation of workers and leaders understand we are in a climate emergency.

If we give them cheap, reliable and even free in some cases transport they will not follow in their parents tyre tracks.

Labour’s Green New Deal can be implemented in the West Midlands.

Working with communities, businesses and trade unions, we will create good quality jobs and apprenticeships to provide much needed affordable homes while enacting practical steps to protect the planet.

This initiative can provide some much-needed stability and security in the volatile time ahead, while tackling the urgent issues of the day.

The inspiring campaigning of young people on climate change issues is something all adults can learn from, and Labour’s Green New Deal will seek to earn the trust, participation and mobilisation of tens of thousands of local young people.

There is no reason why an administration cannot protect workers’ rights, pursue a green agenda and also be pro-business.

We will prove it can be done. We have the chance to make the West Midlands a progressive beacon in brutally Conservative run country.

This is part of an LFF series on the Metro Mayor elections happening in May, with LFF offering a platform for debate from progressive candidates. Labour members in the West Midlands are currently selecting their candidate from Liam Byrne, Pete Lowe and Salma Yaqoob. Voting ends on the 5th February, with the result declared on the 6th Feb.

One Response to “Salma Yaqoob: Whitehall will not be able to ignore me as Labour Mayor for the West Midlands”