Coalition building and municipal socialism: The Birmingham Hodge Hill MP on running to be Labour's candidate for West Midlands Mayor 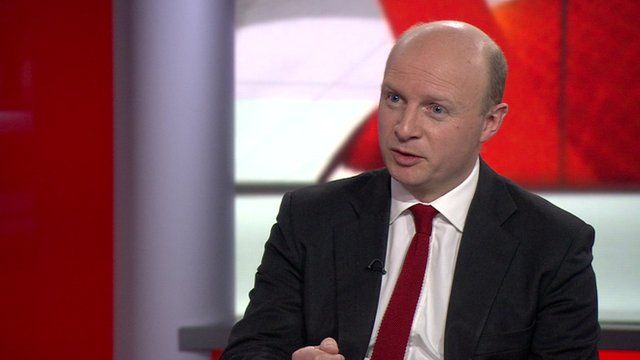 I thought he was about to die. It was just after ten on a freezing cold morning, and I was out with the Community Street Kitchen team in Birmingham city centre.

There, in an underpass that stank of urine, we found a disabled gentleman – ashen grey, crying in pain, next to his wheelchair. Still dressed in his hospital gown, with a hospital tag on his wrist, he’d been there for three days. It took us two hours to get him an ambulance.

This was the moment last February when I decided to stand for Metro-mayor of the West Midlands. Since I lost my dad to a lifelong struggle with alcohol in 2015, I’ve been doing whatever I can to shine a light on the way twists of fate can now knock someone from a decent life onto the pavement.

I couldn’t save my dad from drinking but at least I could make sure there was a loving family to be on hand when crisis struck. Thousands don’t have that luxury. Today they’re forced to bed down on the streets where, in the West Midlands, they die at the rate of one a week.

As a dad myself of three kids in Birmingham, this is simply not something I’m prepared to stand by and watch. This moral emergency is not justice. It’s a Tory choice. It’s not acceptable. It’s not inevitable. If we don’t take a stand today, things will get much worse. We will be more divided than ever in our history. There may be gleaming office blocks and fortunes for some. But inequality will spiral, entrenched poverty will deepen, and the West Midlands will fall further and further behind.

So, over the last year I’ve worked with members across our region in over 100 meetings and events to define a credible, popular plan we call Radical Compassion. It sets out clearly how we can reverse the scandal of homelessness with 24/7 emergency night shelters, street teams delivering mental health and addiction support, and crucially the largest council house building programme since the 1950’s.

But the homes we build, like the economy we build must be green. We are the region that sparked the Carbon Revolution three centuries ago and led Britain into the Jet Age. Today, we should be leading the Zero Carbon Revolution. If we step up to this challenge now, we could be creating jobs for our young people and lifting families out of fuel poverty with a plan that delivers the first zero carbon city region in England.

We need to start with a plan to decarbonise our transport system, expanding trams, cycling, and safe streets, making sure our buses and taxis are electric and taking franchising powers to create a proper connected public transport system to replace the Tory chaos of West Midlands Trains.

But we need to direct our Green Industrial Revolution in a way that transforms the wealth of our poorest West Midlands’ wards, half of which languish in poverty. That will require  rebuilding the institutions of municipal socialism, with an Office of Community Wealth Building to direct procurement spend to local businesses, a regional investment bank to mobilise investment in coops and small businesses, founding the national education service and a Green Development Corporation to help marshal the investment we need, where we need it. As the Coop Party candidate in this selection, I’m proud to have set out a goal of tripling the size of the Coop sector.

Our third big priority, is perhaps the most important of all. To radically strengthen the solidarity of our diverse region. To build a healthy, harmonious region where everyone feels included. Where we work together, despite our differences. Where we never give up on our kids.

I think we need to back our young people delivering this revolution. That’s why I’d like to put back a youth worker in every neighbourhood and back them with a Mayor determined to bring together a lot of different groups to work together – schools, social services, police, community groups. We need to connect this to the Commonwealth Games, soon arriving in our region and create a Young Commonwealth Leaders programme, to give our young leaders a stage from which to shout.

To deliver all this of course, we need to win. I know what that takes. In my constituency I’ve turned a majority of just 450 into the largest majority in the West Midlands. I’m proud to be backed by ten trade unions and affiliates, over 150 councillors and activists along with Gordon Brown and John McDonnell.

This is an incredible coalition. And it’s a coalition that can win our region back for Labour, and begin ending the long night of Tory injustice.

Liam Byrne MP is running to be Labour’s candidate for West Midlands Mayor. Follow him on Twitter.

This is part of an LFF series on the Metro Mayor elections happening in May, with LFF offering a platform for debate from progressive candidates. Labour members in the West Midlands are currently selecting their candidate from Liam Byrne, Pete Lowe and Salma Yaqoob. Voting ends on the 5th February, with the result declared on the 6th Feb.