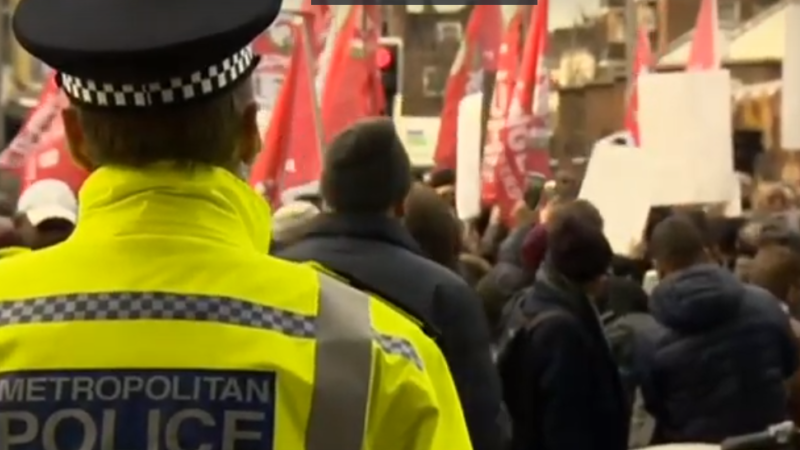 A union representing minicab drivers says that London’s Metropolitan Police treated a protest of its (mainly non-white) drivers more severely than they treated a similar protest of (mainly white) black cab drivers on the same day.

The IWGB union says its members were searched under ‘anti-terrorism’ measures and that they were ordered to stay inside their vehicles in Parliament Square. These measures did not apply to black cab drivers protesting on the same day, the IWGB said.

“Those rules did not apply, as we understand it, to the black cab drivers in the morning. So it applied to the union whose members are 98% Black and Asian Minority Ethnic and the police said that was because of concerns about terrorism.”

“We say that is pure and simple racial profiling and the policie are having one rule for one set of individuals and another rule for another.”

James Farrar, a trade union activist who was at the protest, confirmed Chada’s account and said that his union has made a complaint about the Metropolitan police’s behaviour.

The day after he made the formal complaint, he was personally charged with assaulting a police officer at the demonstration. The alleged assault involved no physical contact, just shouting through a megaphone which was alleged to have given the police officer a ringing in her ear.

Farrar was found “not guilty” but was left with £27,000 in legal costs to cover. He is looking into whether to sue the police for ‘malicious prosecution’.

The Metropolitan Police deny the decision to charge Farrar was related to his complaint and say that, now Farrar’s trial is over, they are investigating his complaint.