Despite being found not guilty, the activist faces a £27k legal bill. 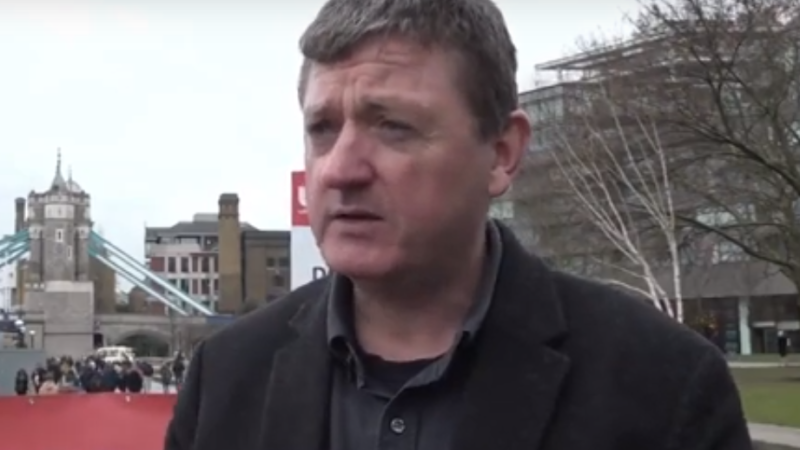 A small trade union is facing a £27,000 legal bill for defending an activist accused of assaulting a police officer by giving her a ringing in her ear through his use of a megaphone.

After a three-day trial, a jury and judge agreed that the IWGB minicab branch activist was not guilty and the defence team has applied for part of their legal costs to be covered.

Even if they are succesful in getting their costs covered though, because of changes brought in by the Conservative government, it will only be a small percentage of the total costs and the union is crowdfunding its legal costs.

The government’s changes mean costs are capped at legal aid rates, which are typically a third or less of normal legal fees. This has been dubbed an “innocence tax”.

Commenting on his prosecution, the activist James Farrar told Left Foot Forward: “A small union for precarious workers has been left in a crippling financial situation because of this vexatious prosecution.”

The incident took place on March 4 2019 when minicab drivers protested in parliament square against Sadiq Khan’s plans to charge minicab drivers, but not taxi drivers, a congestion charge.

Farrar spoke through a megaphone at this protest and was later told to attend a police station on the 4th of April to speak to officers about an allegation against him of assaulting a police officer.

Farrar said that he heard nothing more about this for over three months. On 23 July, his union submitted a formal complaint to the IPCC police regulator over the Metropolitan Police’s behviour at the March 4 demonstration.

Within 48 hours of that complaint, Farrar was charged with assaulting a police officer. Farrar suspects this decision was politically-motivated as parts of the Metropolitan Police are funded by Transport for London, the target of the minicab drivers’ protests.

Farrar’s solicitor Raj Chada said: “The investigation into Mr Farrar on these spurious allegations began after he made a complaint against the police behaviour that day. We are concerned that there is a risk that this prosecution was a smoke screen to divert attention away from how the Metropolitan Police and TFL are treating Mr Farrar’s union members.”

According to the IWGB, recent data subject access requests reveal that TfLand the police exchanged intelligence regarding Farrar, the IWGB union, the outcome of a meeting between the IWGB and TfL and future protest plans.

Farrar has instructed Chada to explore pursuing a case of “malicious prosecution” against the police.

Commenting on this, Chada said: “James made a complaint about police behaviour on the day of the demo. Every time, he escalates the complaint the investigation is upped and then charges result and prosecution results. So was his complaint into police behaviour linked to the way the police investigated this? “

A Metropolitan Police spokesperson said: “The decision to prosecute James Farrar was completely unconnected to the complaint he submitted about the policing of the protest which took place on 4 March, 2019.”

“Mr Farrar attended an interview under caution on 4 April. A file of evidence was then presented to the CPS who advised their legal test was met for him to be charged with two counts of assault on an emergency worker. Mr Farrar was charged via postal requisition on 25 July.”

“The matter was then heard by a court and the jury directed to find him not guilty. The complaint, which is being dealt with by a chief inspector not involved in the prosecution, had been on hold due to the legal proceedings. Now the case has concluded, the investigation into his complaint can continue.”

TfL and the Mayor of London’s office did not respond to requests for comment.

Readers can donate to the Crowdfunder here.