Johnson has a reputation as a serial liar. 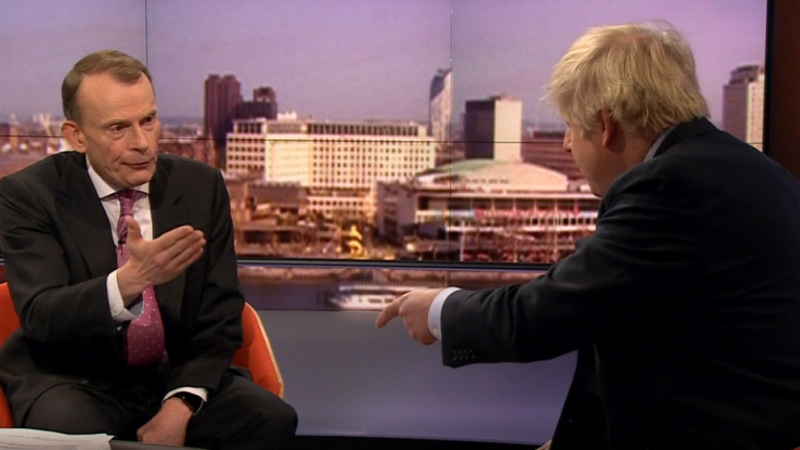 As the head of Channel 4 News has pointed out, Boris Johnson is a known liar. He has twice been sacked for lying – first as a journalist at The Times and then as a Tory shadow minister.

He also lied four times in his first Prime Ministers Question Time – so it was no surprise to see him repeatedly misleading the BBC’s Andrew Marr.

Claim – In the context of the London Bridge terror attacker Usman Khan, Johnson said: “I disagree with Jeremy Corbyn and Shami Chakrabati when it comes to having shorter sentences for these people” (repeated twice)

Reality – There is nothing in the Labour manifesto to suggest they would make sentences more lenient for serious violent offenders or terrorists.

Before Johnson’s interview, Shadow Attorney General Shami Chakrabati had told Marr: “I don’t think that now is the time, on the back of a terrorist atrocity two days ago, to be talking about changing the sentencing regime…it’s a really dangerous game to suggest that cheap talk and even cheaper legislation is what is going to keep us safe.”

Did Marr point it out? – Yes. He said “she’s not talking about that” before moving on to his next question. When Johnson repeated the lie, he did not challenge it again.

Claim – Johnson twice repeated his claim that “Jeremy Corbyn has said he would disband Mi5”.

Reality – Corbyn has not said that. BBC News asked the Conservative Party for evidence of this claim and they have yet to receive it.

Claim – Johnson said twice: “We are so determined to make huge investments in the NHS…the largest in modern memory”.

Reality – According to the BBC, the Conservatives’ planned investment in real terms (accounting for inflation) is £20.5bn by 2023-2024. This is a 3.2% annual increase. The 1997-2010 Labour government increased NHS spending by 6% a year, according to the Health Foundation. So it’s not the largest in modern memory.

Did Marr point it out? – No. He moved on to questioning the Conservatives’ misleading ‘40 news hospitals’ and ‘50,000 more nurses’ claims.

4. On the living wage

Claim – “We’re lifting the living wage by its biggest ever increase.”

Reality – The living wage is defined as “what people need to live on” and is set by the Living Wage Foundation – not by government.

What Johnson is referring to is something called the “National Living Wage” which is actually a new name given to the minimum wage by chancellor George Osborne.

The Conservatives have pledged to increast the ‘National Living Wage’/minimum wage to 2/3 of average earnings by 2024 – currently (they say) forecast to be around £10.50 an hour.

The living wage is currently £9.30 outside of London and £10.75 in London. So the Tories want the minimum wage in 2024 to be less than what Londoners need to live on now.

Did Marr point it out? No. He tried to get Johnson to answer his question about libraries.

Claim – When asked about two Tory candidates Islamophobic comments, Johnson said: “There is an independent process which needs to consider all such accusations of prejudice of any kind”

If the complaint is about an MP, the panel must include at least one person nominated by the chair of the 1922 committee. The 1922 committee represents the Tory parliamentary party and its chair is currently Graham Brady.

The panel provide their findings to the Party Chairman, “recommending the appropriate level of the Party at which the complaint should be resolved”. The final decision rests with the party chairman – currently MP James Cleverley and unelected businessman Ben Elliot.

Update: This article was update on 3/12 to include number six.