She said the party she used to chair was institutionally islamophobic. 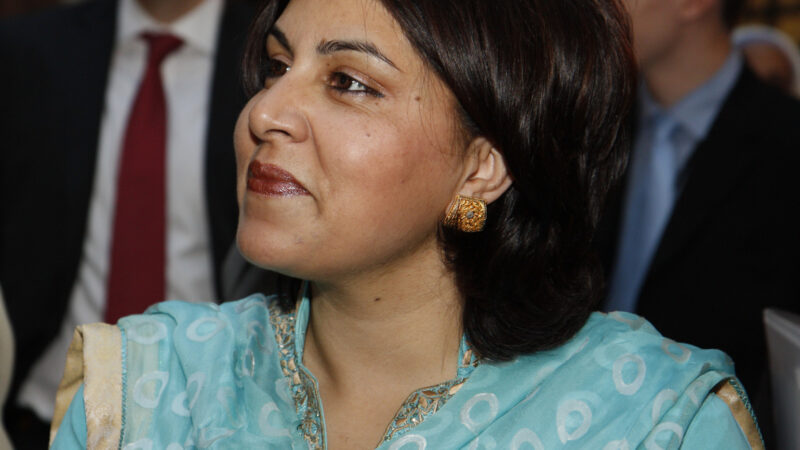 The former Conservative Party chair Baroness Sayeeda Warsi said that “at least” three Tory candidates should have lost the party’s whip over Islamophobia.

Warsi told the BBC’s Emma Barnett she could “probably think of at least three [Tory candidates who should have lost the whip] off the top of my head”.

When asked if she wanted to name them, Warsi laughed and said: “I don’t want to name them, not in the middle of an election campaign. Details of them are out in the public domain. It wouldn’t take long to find out who they were.”

In the same interview, Warsi said that the Conservative Party was institutionally Islamophobic and called for an inquiry into Islamophobia – rather than the “watered-down” inquiry into prejudice that the party plans.

Left Foot Forward has identified five Tory candidates who have been accused of Islamophobia. The most notable is Boris Johnson who compared Muslim women wearing niqabs to letterboxes.

Another is junior minister Nadine Dorries, a candidate in mid Bedfordshire who has been accused of Islamophobia and other forms of racism several times.

Dorries blamed London Mayor Sadiq Khan for grooming gangs in Rotherham and Telford – seemingly because Khan is muslim as were those involved in these grooming cases.

Khan was also accused of links to Islamic extremists by his Tory opponent for London Mayor Zac Goldsmith.

Goldsmith was made a minister by Boris Johnson and is now a candidate for the marginal seat of Richmond Park.

Another candiate accused of islamophobia is Bob Blackman, MP for Harrow East, who has a 2,000 majority over Labour.

Blackman has invited an Indian anti-Muslim extremist to speak in parliament, shared an Islamophobic article from a US anti-muslim website, re-tweeted far-right activist Tommy Robinson and was a member of several Islamophobic facebook groups.

In South Cambridgeshire, the party’s candidate is former Boris Johnson aide Antony Browne. In 2002, he said that British muslims have divided loyalties over the Iraq War.

Update: This article was updated on 12/11/19 to include information about Antony Browne.

3 Responses to “Warsi: At least three Islamophobic Tory candidates should be dropped”