The right-wing DUP have launched their 2019 General Election manifesto. What's in it? 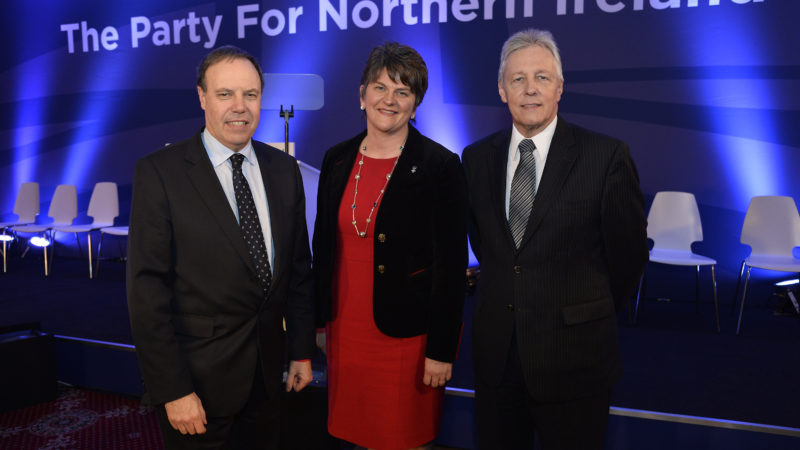 The Democratic Unionist Party of Northern Ireland was the fifth largest party when Parliament dissolved on 6 November, coming after the Tories, Labour, the SNP and the Liberal Democrats.

At the time it had 10 MPs in Westminster and today it released its manifesto for the upcoming General Election.

The DUP is basically pro-union (of the UK), socially conservative and a supporter of the Leave campaign.

So what do we need to unpack in its latest manifesto?

The DUP are opposing Johnson’s Brexit deal because it would see Northern Ireland treated differently from the rest of the UK.

But the party is wholly behind Brexit and was very much a supporter of the Leave campaign. It wants a “sensible deal” to be renegotiated, whatever that means.

This is despite the fact Northern Ireland voted 56% to 44% to remain in the EU.

The Party’s manifesto states: “The DUP does not believe that the current defence arrangements for the United Kingdom are adequate enough to cope with either the existing or the emerging threats of the 21st Century.”

They want to increase the UK defence spending target and they have also shown their support for Trident and the UK’s independent nuclear deterrent in their manifesto.

A narrow approach to human rights

The party outline its promise to defend fundamental human rights but only referenced the rights of “Christians and other faith groups” in the manifesto.

There is no mention of the ongoing work necessary for rights in relation to gender and sexuality, refugees, disability and the plethora of other areas of human rights that need addressing.

The DUP is famously very socially conservative and opposes same-sex marriage and abortion.

It campaigned against the legalisation of abortion, which was passed in October. Leader Arlene Foster called it a “shameful” day when abortion was legalised and at the time said the party “will do everything in our conscience to protect the lives of the unborn”.

There is no mention of abortion in the DUP’s latest manifesto – so we guess that means they haven’t changed their minds.

The DUP are supportive of Heathrow’s Third runway plans, a project that has sparked a lot of debate because, while it may be good for the economy it completely ignores our need to clean up the planet.

They have mentioned other forms of climate action, but it’s very much around using only British products and protecting our “national natural wealth”.