What other choice is there? 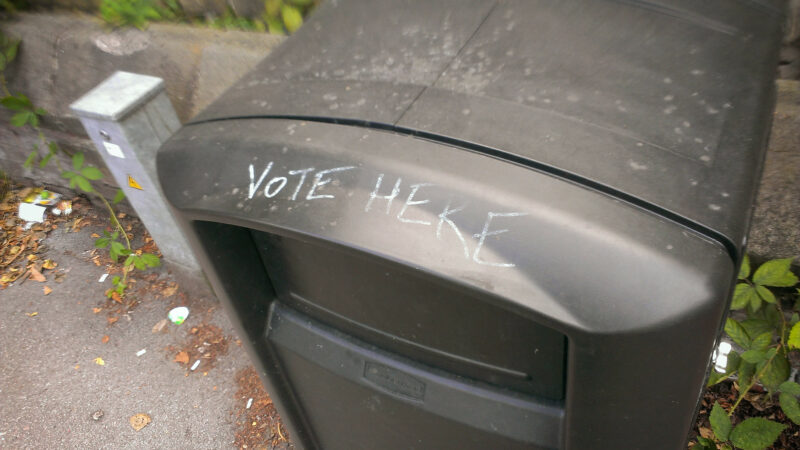 Amidst the briefings and counter-briefings, one thing is clear: parliament is irreversibly split on Brexit. “An election will solve nothing” according to John Major and the People’s Vote crowd, but it’s the only realistic option that is available.

Polls show the public supports one, and, on the face of it, so does the Government, but it’s hard to the required 2/3 majority, with a host of Labour MPs saying it’s the last thing they want. It’s hard to know the scale of opposition, but Nicholas Watts puts it at around 140 MPs.

It’s easy to see why, with most polls giving the Tories a double-digit lead. However, the alternatives are worse.

1. Leaving Johnson in power: the worst of all worlds

This is what refusing an election would do, and it can only prolong the inevitable. Johnson simply doesn’t have the numbers to last a full term, so, by hook or by crook, there will inevitably be an election in the months ahead. It can either be backed by an opposition on the front-foot, or by MPs that have been dragged kicking and screaming to the ballot box.

Some say it’s better to have a vote once Brexit’s out the way. That implies this parliament will either pass Johnson’s deal (very unlikely and highly damaging if it does) or, if it doesn’t, that his failure will be blamed on him rather than the opposition (which it hasn’t been so far). Will ‘letting him stew in his own juices’ help? Possibly, but so far this strategy has only kept him in power and increased the Government’s lead.

Right now, there isn’t a parliamentary majority, or a mandate for it. The polling on Brexit is roughly where it was in 2016, and the polling on if a second vote should happen shows most oppose it. Even if did, and Remain won by a small majority, it’d be hugely divisive and there’d be huge questions about its legitimacy.

But beyond that, would opposition MPs really want to put Johnson’s terrible deal to the public? There are lots of people that would not support a second referendum at all, but, if the next government is elected on a policy of negotiating a new deal and putting it to a vote, then it would have far more legitimacy and avoid the risks associated with Johnson’s deal.

Even if there were the parliamentary numbers for one before an election, could Johnson be trusted to hold it? If not him, then who?

3. A Government of National Unity: a non-starter

A majority of Remain voters support it, although the same polls show nobody can agree who should be PM. Names like Margaret Beckett and Ken Clarke have been touted, but neither could command support in Parliament let alone the wider public.

Not only is there no consensus on who should lead this united government, there’s no consensus on how long it should last. Jeremy Corbyn always proposed it as a short-lived affair to delay Brexit and call an election, but others want it to last for six months.

I wouldn’t start from here

There are huge risks involved in an election. Despite his shortcomings, Johnson is a far better campaigner than May.

However, his path to a majority is complicated. The SNP will pick-up seats in Scotland and Labour and Lib Dems should in London and the South West. The Labour majorities in the north could hold on a good night and the Tory independents may cause splits in several seats.

Johnson would go into any election as the overwhelming favourite, but that will almost certainly be the case whether an election is called now or in the months ahead.

In short, there are no good options, only bad ones. An election may not be a great idea. In fact, it may not even be a good one. But it’s still the least bad option we have.

4 Responses to “An election is a bad idea, but it’s the least terrible option”