Charisma won't get him out of this one. 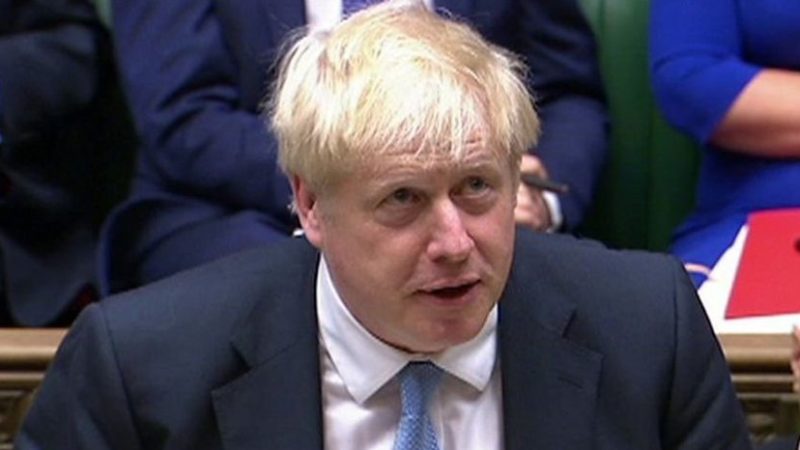 Emperor Boris paraded to the despatch box to proudly show us his new clothes at his first PMQS.

His reputation for oratory and charisma, so crucial to bulldozing his leadership through the internal contest, was shown up as a sham.

Confronted by a newly fired-up Corbyn, Johnson flailed under sustained questioning about his Brexit plan.

Corbyn’s request for transparency on leaked predictions of food and medicine shortages from his own Government were simply ignored.

Reports that his inner circle are only feigning negotiation with the EU and there is no real alternative to no deal under consideration were also met with bluster.

The best Boris could muster was a groan-worthy gag about the opposition leader being “Caracas”, worthy of Widow Twanky.

Johnson attempted to channel some gravitas from Thatcher by accusing the Labour leader of being “frit” of a general election.

Flip-flopping on whether or not he wants to go to the polls, the Tory backtracked on his own words from less than 24 hours ago that he did not want an election.

It’s fair to say Corbyn has executed his own screeching handbrake turn by applying the brakes on an election he previously prioritised.

But trust in this prime minister to act with honour has been haemorrhaging since his decision to try to crush opposition to a no deal Brexit by proroguing parliament.

And the rot has reached deep into his own party with the decision to expel 21 former colleagues last night, including the Father of the House and the former Chancellor.

The Prime Minister’s weak jibe that Corbyn was a “chlorinated chicken” merely left Johnson looking like the roaster.

Charisma is not enough to cover the depth of the crisis Boris finds himself in, and every parliamentary appearance leaves him further exposed.

Jennifer McKiernan is Editor of Jenesis.News and a lobby journalist.

See also: “Sh*t or bust? It looks like Boris Johnson lied in his first PMQs“