The Father of the House delivered a hammer-blow speech to his own party, before inflicting a historic defeat to Boris Johnson and having the whip removed. 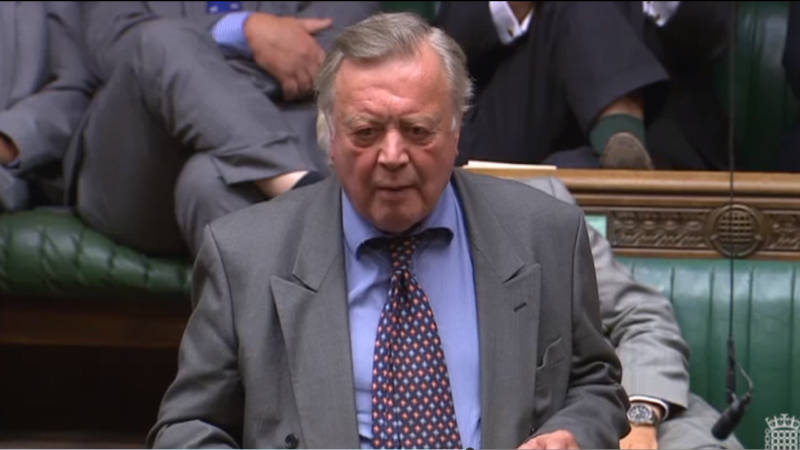 We all know that we are in the middle of an historic crisis, and we all know that our duty is to take the decision that will be best for future generations and will do least damage to our political standing in the world and to our economy.

This horrendous debate which is tearing the country apart is doing great harm to our political institutions, and particularly Parliament. A large number of the population on either side of the European debate are beginning to hold Parliament almost in contempt. Fanatic leavers are convinced that it is wicked MPs who are undermining the people’s will and that we are solely responsible for the appalling deadlock we are in.

I am very glad that, with your help, Mr Speaker, my right hon. Friends and others have found this way of enabling Parliament to assert itself, give its view and face the fundamental challenge from a constitutional point of view which will determine the political relationship between Governments of all colours and Parliaments for quite a long time to come.

The reason for this motion and the underlying reason for the opposition to it is simply that the Government are insisting on pursuing a policy which they know a majority in Parliament is opposed to. There is no precedent for it that I can think of—certainly not in modern times. I have been around for long enough, but 10 years ago, if a Government had attempted to implement a policy which they knew the majority of Parliament were against, it would have created outrage.

Parliament has twice voted against leaving with no deal. This Prime Minister has plainly determined that he has put himself in a position where he has got to have no deal. We have seen the most extraordinary attempts to avoid this House having opportunities to vote on that, to debate it and to play a role in it. If Parliament allows itself to be sidelined, the precedent that we will create for future generations and for the behaviour of future Governments of all complexions vis-à-vis Parliament will be quite horrendous.

We have heard arguments about the importance of limiting these emergency debates. My right hon. Friend the Leader of the House is very good at keeping a straight face when he is coming out with arguments that are almost incredible.

The benefits of trading solely within the WTO I will leave on one side. I am sure the North Koreans thrive under that in every conceivable way. [Laughter] I think it is only the North Koreans, the Algerians and perhaps the Serbians who do that. When the Leader of the House says how important it is that this House defends its traditions by making sure that in no circumstances can it ever debate business of its own choice, even in an emergency—and I know that he is a profound parliamentarian and deeply committed to the wellbeing of this place—his ability to keep a straight face is quite remarkable. However, I am being deflected from the serious point I was making.

Prorogation was the final, almost charmingly naive, attempt to make sure that there was not even an opportunity by mistake for something on the Order Paper to enable anybody here to express their opinion. Apparently, it is suddenly frightfully important that the Government’s whole new policy package—which seems to be emerging at an extraordinary rate, in figures anyway—is put before Parliament before the end of October, when we have not really bothered with policy of that kind for a very long time. It is plainly impossible to put it off until the beginning of November!

Most importantly, apparently the reason for the extremely long break is that it is extremely important that we do not distract the public from paying proper attention to the party conferences! [Laughter.] We have to be respectful to the Trades Union Congress; we cannot distract the television sets of the nation from the Liberal assembly; apparently every Conservative MP is dying to go to the Conservative conference. [Laughter.] We know there are people who will have engagements there, but I am sure the pairing system can cope with that. The idea that at the moment of such historic crisis, such momentous decisions, the House can be faced with arguments of that kind, I find quite preposterous and very saddening.

Given that we are being treated in this way, it is quite obvious that the House must seize its own agenda—that is all that this evening’s vote is about—and make the most of the opportunity in the next few days. Then the House can make key decisions on what it will legally require the Government to pursue in the national interest: ​most importantly being strongly against just leaving with no deal. I would be amazed if a majority does not emerge, yet again. It is not that anybody really wants that—I think about 20 Members of the House of Commons really think it is a good idea to leave with no deal.

It is the right of my party, who have given up and decided to get it over with: “Leave with no deal; it’s all the fault of the Germans, the French and particularly the Commissioners—all the fault of Parliament. Have a quick election, wave a Union Jack and then we will sort out the bumps that will come when we have left.” The House must stop that, and use the opportunity.

Tomorrow we will debate the merits of the arguments. We will go on and on. I am dying to intervene in more of the arguments—I have already spoken in this House more than most on Europe, and we all know where we stand on the leave/remain arguments—but there is one point of real substance that I would like to address tonight, on which I am afraid for the first time ever the Leader of the House was slightly annoying me. He was using what is currently the cliché, extreme right-winger argument, that anybody who wants to stop a no-deal Brexit is actually reversing the referendum.

I think we exactly reflect the public; Parliament, in its paralysed confusion, entirely reflects the division of the public, where there is no clear majority for anything, so far, except that we are against leaving with no deal. We cannot get a majority for anything else; everything else has so far been blocked by hard-line right-wing people who do not want any deal with foreigners, and people’s vote people, who will not vote for anything that involves leaving the European Union because they want another referendum.

I am afraid they have, so far, outnumbered the middle. I think more of them should join the middle, because I believe, with great reluctance, that the obvious compromise, to bring together both public opinion and this House, is a soft Brexit where we keep the present economic ties.

My right hon. Friend the Leader of the House says that I am just defying 17 million people. Well, I have not defied 17 million people. I have already compromised. I was not in favour of the referendum. I feel very self-justified, looking back on it. I did not vote for it; I made it clear that I was not going to change my lifelong opinions because of one day’s vote on a simple question on the terribly complicated subject of our national destiny. I even voted against invoking article 50; I was guilty of that.

Since then, I have accepted that the only way to proceed is a soft Brexit: to leave the political union and stay in those superbly free trade arrangements, which British Conservative Governments took a leading role in creating. I have voted for Brexit three times. If the Bill gets passed, and if we get on to the substance of the thing, I will vote for Brexit again. I have had the privilege of at least once voting alongside the Prime Minister and the Leader of the House in favour of Brexit, on terms which they now treat with derision.

I do not want to listen to conspiracy theories about the Irish backstop. Sadly, I do not think any of the English public take any interest in Irish political affairs; nine out of 10 have no idea what the Irish backstop is. It is an entirely closed little debate—but a very important one, I concede. I am strongly in favour of the Irish backstop unless we could replace it with something that is, equally, absolutely guaranteed to preserve the Good ​Friday agreement.

At the root, we have to deliver to the people, and I think we could get a broad mass of the public together on something that keeps our economic ties together and attempts—as the EU keeps doing under British leadership—to extend free trade through more and more EU trade agreements, which we took the leading part in pressing for, and which we are now about to walk out of to go back to WTO terms all over again, with South Korea and Mercosur and so on. That must be stopped.

I would like to see a Bill in which we put more positive steers from this House. We all know what we are against—no deal—but we cannot agree on what we are for. I do not think that making it a legal obligation to seek a customs union or to have some regulatory alignment would make the Prime Minister’s position more difficult in Europe; they would just wonder why on earth no British leader had asked for that before. I will leave that until the proceedings on the Bill.

If this Parliament does not pass this motion, it will be looked back upon with total derision. What sort of a Parliament was it, in the middle of this crisis, that said to the Government—this new Government, this populist Government, storming away as it is—“Oh yes, we quite agree with you: we should not be troubled with this. The Executive, as we have just been told, have absolute powers. We are only a debating society, only commenting when we are allowed. Feel free to deliver what you wish by 31 October”? Then we go back to our constituents and say, “It is very important that you have us to represent you in Parliament, to look after your interests, but as it happens we have given unbridled powers to Boris for the next few months on the European question.”

You may gather, Mr Speaker, that I am going to vote for this motion, with more passion than I usually go through the Lobby. It is an extremely important evening.

The vote passed by 328 votes to 301. 21 Conservative MPs rebelled and had the whip removed – including Ken Clarke. Full proceedings on Hansard.

5 Responses to “In full: Ken Clarke’s blistering attack on the government over No Deal”