The plan seeks to prevent the worst effects of climate change by keeping global temperature rises below 1.5°C. 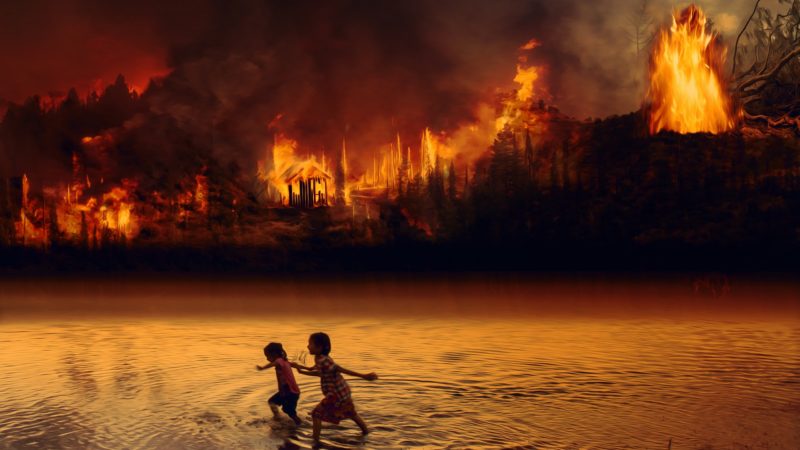 A radical Green New Deal to decarbonise Britain by 2030 in order to tackle the climate catastrophe will be voted on by delegates at Labour’s annual conference on Tuesday.

The motion by campaign group Labour for a Green New Deal made it through compositing after 128 constituency Labour parties (CLPs) voted to send it to Party conference – more than for any other issue.

Unions, shadow ministers and grassroots Labour members agreed on two versions of a Green New Deal after a compositing meeting on Sunday – one containing a target of net zero carbon emissions by 2030 and another motion from GMB with no target.

The 2030 motion has garnered the most support, with the backing of Labour for a Green New Deal, the CWU, TSSA, FBU and Bakers Union, as well as the vast majority of CLP delegates involved in the compositing meeting. It calls on Labour to roll out a Green New Deal targeting decarbonisation by 2030, guaranteeing an increase in good unionised jobs in the UK, and paid for by the wealthiest. If passed on conference floor on Tuesday, the motion would give Labour one of the most radical climate policies in the Global North.

Only 9 CLPs sided with GMB’s alternative motion, which refuses to set out any target for decarbonisation. If passed, GMB’s motion risks leaving Labour with the least ambitious green policy of any major political party.

It‘s taken 10 hours of compositing, and we‘re all exhausted, but I’m so proud that @LabGND’s motion calling for decarbonisation by 2030 is going to the floor of Labour Party Conference tomorrow.

A Green New Deal needs an ambitious target, and we won’t settle for anything less.— Clare Hymer (@ClareHymer) September 23, 2019

The plan seeks to prevent the worst effects of climate change by keeping global temperature rises below 1.5°C. It points to the current over 1°C of warming that has already taken place causing floods, heatwaves, droughts and hundreds of thousands of deaths, with the poorest being hit the hardest.

Labour for a Green New Deal says that a combination of a state-led programme of investment and regulation, decarbonisation could produce thousands of well-paid, skilled jobs in renewables and the supply chain. Based on public ownership and democratic control, this would allow workers to ‘just transition’ from high-emission job to alternatives, according to the plan.

The group stresses that just 100 companies are responsible for the majority of global carbon emissions and that the Conservative government is actively working to deregulate the fossil fuel industry and cut support for renewables.

Among other things, the plan calls for a complete ban on fracking, public ownership and transformation of both energy and transport and upskilling the workforce to develop, manufacture and manage the greening of the UK. More international measure include supporting the development of Green New Deals in other countries, implementing a programme of ecological restoration to increase biodiversity and natural carbon sequestration and pressing for heavy UN penalties on “ecocide” damage to climate-sensitive habitats internationally.

In order for the cost of decarbonisation to be borne by the wealthiest and not the poorest, this programme would rely on progressive taxation. The ambitious aim is for the UK to achieve net zero carbon emissions by 2030.

Lauren Townsend, a trade unionist and spokesperson for Labour for a GND, said:  “Delegates will have a clear choice on conference floor on Tuesday.

“They can either vote to lead the way on climate, responding to Youth Striker’s calls for a Green New Deal with a 2030 decarbonisation target, or they could vote for a motion which risks leaving Labour with the least ambitious climate target of any major party.”