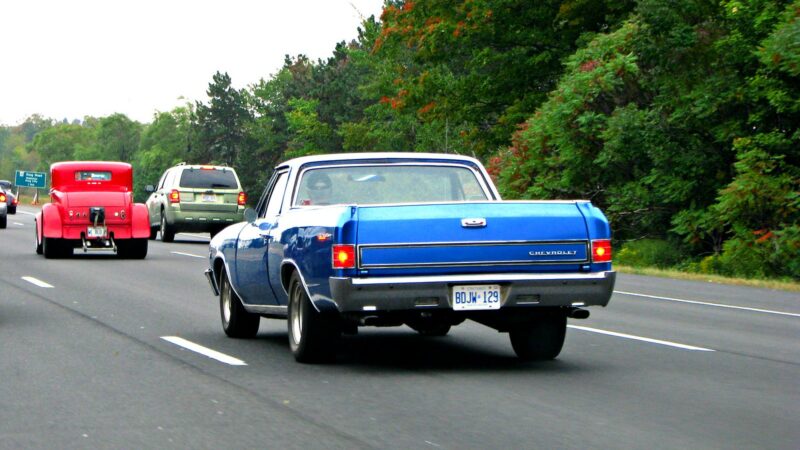 No parent would ever intentionally poison their child. From the day you find out the news that you’re becoming a parent until the day they fly the nest, you try to minimise the risk of harm for your little ones.

Today, the idea of smoking as you take your kids to school is a social taboo. Yet so many of us still think nothing of choking the streets around schools with exhaust fumes, idling outside the gates while we pump toxic gas directly into the lungs of our children and their friends.

Following Car Free Day on 22 September, we now need a walking and cycling revolution in our communities, and it should start around our schools.

The dangers of air pollution in the UK are now well known. We’re aware that 40,000 lives are cut short each year because of air pollution, with particular danger being presented to the youngest in society whose developing organs are disproportionately impacted by the toxicity of air pollution.

The airways of children are small, and their prams and buggies sit at the level of exhaust pipes. All this can lead to asthma, lifelong respiratory problems and even increased risk of cancer.

These problems even affect the unborn. We already knew that polluted air is linked to increased miscarriages and low birth weight.

However, this week we discovered that air pollution particles have been observed on the foetal side of placentas, which indicates that even unborn babies are directly exposed to the black carbon being pumped out of our diesel and petrol-fuelled vehicles.

These health impacts can affect a person for life, and they begin before they have even been born.

Clearly, this is a mammoth public health crisis and our children are bearing the brunt, with more than 2.000 schools in the UK exposed to illegal levels of air pollution.

Happily, thanks to incredible campaigning work from groups like Mums For Lungs, more and more schools are taking action and closing their surrounding streets at drop off and pick up times – when traffic would normally hit its smoggy peak.

This month, Colville Primary School in Notting Hill began a six week trial of closing its road when its 465 pupils would normally be dropped off and picked up. So far, it seems to be a success.

Some schools even turn their closed streets into play streets – an opportunity not just to breathe cleaner air, but to actually spend more time enjoying the journey to and from school, in streets which are safe and fun to play in.

This is where the health benefits marry up with social wins. Rather than having more and more new roads creating a belching artery of traffic, we can wrest back control from cars and reclaim our streets.

Imagine actually enjoying walking your kids to school, rather than spending your morning stressed and suffocating in a stationary metal box.

It’s great to see schools taking this action. But what we need is transformative change in public policy.

Our Mayor in London has announced a £1m fund for schools to plant green barriers of hedges around some of the most polluted schools in London, helping to block toxicity and clean the air.

This is a fine idea as far as it goes – but it is merely a sticking plaster on the problems of ever increasing traffic, road building, and simply getting diesel and petrol cars off our roads.

While Khan plants hedges, existing plans to pedestrianise iconic streets of London – including Oxford Street – have been shelved.

“What we really need is Car Free London”

Last weekend’s Car Free Day was one of the most ambitious we’ve ever seen in the capital, with a huge range of Play Streets created for central London.

The problem is that it was restricted to a single day, and will have soon regressed into illegal levels of toxicity after the press cameras packed up.

Car Free Day is a great initiative, and I’m happy to support it. But what we really need to see is a Car Free London, with walking and cycling initiatives built into the core of urban planning.

Across Europe, we see more visionary solutions. In Barcelona, studies have found that car-free ‘superblocks’ could prevent nearly 700 deaths a year and add more than 200 days of life expectancy to the average citizen, with space formerly taken by cars being handed back to people.

They’ve trialled it in six places, and a report calls for it to be introduced in over 500 locations.

Madrid has made nearly 500 hectares of the city off limits to general traffic. Pedestrian only zones introduced since the 1960s mean that more than half of people in Copenhagen cycle to work.

Downtown Oslo is now more or less car free, after the city replaced parking spaces with bike lanes, parks and benches, and banned cars on certain streets. This is the standard we need to be speeding towards, but in the UK we’re still stuck in traffic.

Car Free Day is nice, and the Ultra-Low Emissions Zone is a positive step, but when responding to a public health emergency which is literally choking our children, we simply have no choice but to get cars off the road.

Scott Ainslie is the Green MEP for London and a member of the European Parliament’s Transport & Tourism Committee.