His ministerial record and campaign donations show why. 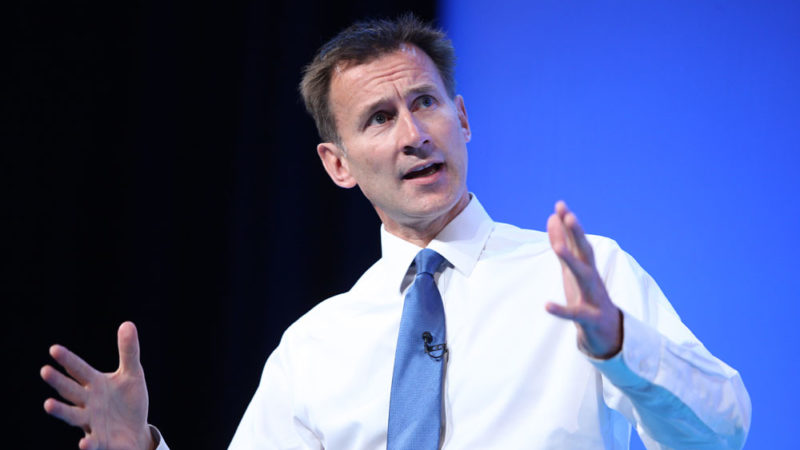 Amidst the various hustings and garden parties on the Tory leadership campaign trail, Jeremy Hunt has developed a reputation as being the safe choice as opposed to the nuclear option of Boris Johnson.

In a two-horse race, it is unsurprising that Hunt’s team have attempted to portray him as the polar opposite to his rival. In fact though, he is no better than Johnson.

This is shown by who he is funding his campaign and by his record as health secretary.

One of the primary benefactors of the Hunt campaign has been a close associate of the Mohammad Bin Salman, the Saudi Crown Prince.

It is troublesome that whilst attempting to become the next prime minister, as well as serving as Foreign Secretary, that Hunt is willing to accept donations from someone so close to a foreign regime.

Mohammad Bin Salman has been implicated in the murder of the Washinton Post journalist Jamal Khashoggi and it shows what kind of prime minister Hunt would be if he is willing to entertain the Saudi regime instead of condemning it.

Alongside this, Hunt was the beneficiary of a £25,000 donation from a leading climate change sceptic.

At a time when world leaders are required to take immediate action to circumvent the impending climate disaster, Hunt is willing to accept money from those who would see the planet continue on its current path of self-destruction.

Due to the nature of campaign donations, it would not be surprising if this contribution came with assurances that the benefactors’ interests would be reflected in future policy.

If so, Hunt being prime minister would have disastrous implications for the fight against climate change.

In these turbulent times, a safe candidate would not have expressed their willingness to proceed with a no-deal Brexit whilst being acutely aware of the damage it would do to British business.

When a UN report detailed the level of suffering that the policy of austerity has caused, a safe candidate would pledge to combat the increasing rates of child poverty instead expressing their desire to repeal the fox hunting ban.

And a safe candidate wouldn’t have said that ceasing the sale of arms to Saudia Arabia when they were engaged in a brutal conflict neighbouring Yemen, that resulted in 60,000 civilian deaths, was morally bankrupt.

Hunts dismal record as Health Secretary seems to have been erased from the collective consciousness during the campaign.

Under his stewardship, the NHS was plunged into crisis, with the very future of the service in question.

Although Hunt would become the longest serving Health Secretary in NHS history, he presided over the slowest period of investment the service had ever seen.

Missed targets and financial difficulties were synonymous with Hunt’s tenure, and his botched handling of the junior doctor dispute led to strikes being held for the first time.

The Tory leadership election nears its conclusion and 160,000 Conservative Party hold the future of the country in their hands. The country faces unprecedented levels of uncertainty

But one thing is painstakingly obvious. As Nicola Sturgeon so eloquently put it, the choice of either Johnson or Hunt is like choosing ‘to be run down by a lorry or a bus’.

2 Responses to “Jeremy Hunt is no better than Boris Johnson”