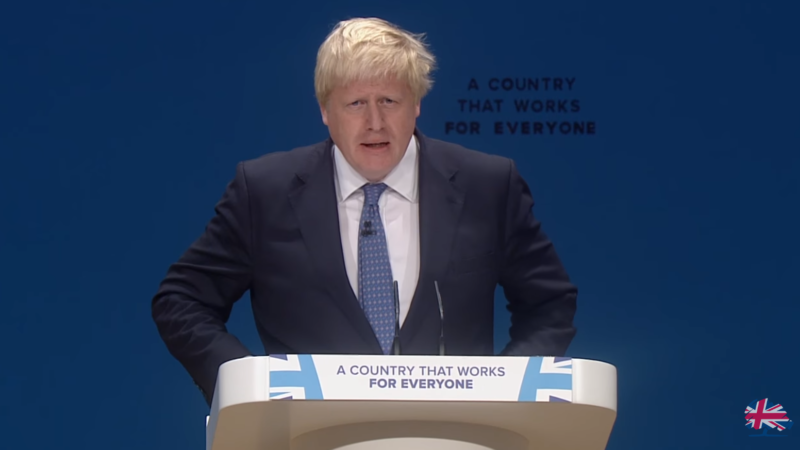 Investigations have revealed the full extent of right-wing support for PM hopeful Boris Johnson to the tune of many millions of pounds.

The Independent reports that Johnson has snaffled up “more than £800,000” in funding during the last year alone. That’s on top of a £79,500 MP’s salary, and income from renting out one property in London and another in Somerset.

But this only reflects what has already been discovered. The true figure is likely higher.

RTC Education, an education and training provider, has given Johnson £10,000.

And as recently as November 2018, Johnson was paid some £95,000 just to talk for two hours at an asset management company, GoldenTree Asset Management, in New York.

According to the same Independent article, his largest single source of income is speaking engagements. Top earner might be the £123,000 an Indian firm, Living Media, paid him to talk for three hours in Delhi. Typically, transport and accommodation are also provided.

He also earned book royalties of around £30,000 in the last year, and a whopping £275,000 a year to write a weekly column for the Telegraph, dwarfing what he is paid for writing for other right-wing rags from the Spectator to the Daily Mail, the article said.

Meanwhile, DeSmog has shone brighter light on Johnson’s support base in the USA. On 22 June, video revealed that far-right strategist and Breitbart co-founder Steve Bannon had helped Johnson write his speech when he resigned from the role of UK foreign secretary.

“Johnson had previously denied any association with Bannon as a ‘lefty delusion’,” DeSmog reports.

The previous year saw Johnson speak for conservative and free-trade thinktanks including the climate denialist American Enterprise Institute (AEI), which has itself received funding from the infamous Koch brothers and ExxonMobil.

The same month, September 2018, Johnson launched a neoliberal UK thinktank, the Institute for Free Trade (IFT), on “the moral case for open commerce”. The IFT has been further linked to right-wing politicians such as former Australian PM Tony Abbott and Tory MEP Daniel Hannan.

In 2015, when Johnson launched the Prosperity for All project at the Legatum Institute, he reportedly said: “It is time to reclaim capitalism as a moral force.”