The report's author accused the government of being in denial. 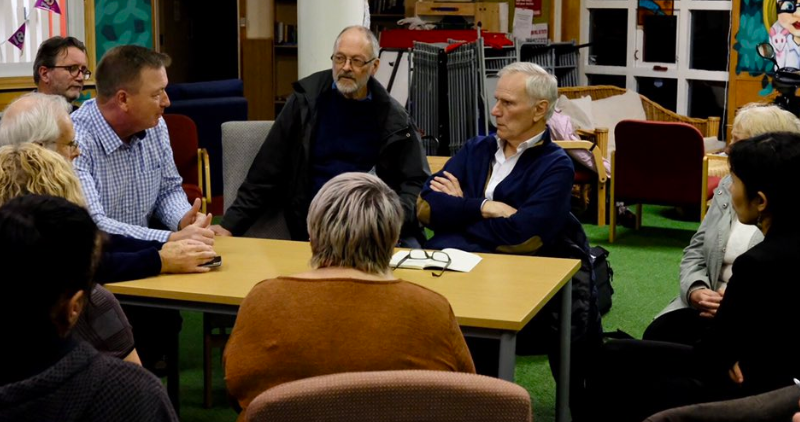 The UN’s special rapporteur on poverty and human rights visited the UK in November 2018 and has just released a report criticising the UK’s austerity policies.

The Conservatives have rejected the report, accusing its author Philip Alston of being “politically biased” and saying its conclusions are “inaccurate” and barely believable.

Here’s 15 bits of the report that will have particularly angered them.

Alston points out that, in the world’s fifth-largest economy, 14 million people live in poverty and 1.5 million people experienced destitution in 2017.

2. The child and pensioner poverty statistics

Following drastic changes in government economic policy beginning in 2010,” Alston writes, “the two preceding decades of progress in tackling child and pensioner poverty have begun to unravel and poverty is again on the rise.”

Relative child poverty rates are expected to rise by 7% between 2015 and 2021. Alston calls this “a disgrace, “a social calamity and an economic disaster rolled into one”.

3. The homelessness and rough sleeping statistics

“There has been a shocking increase in the number of food banks and major increases in homelessness and rough sleeping,” Alston said.

Shelter estimates that 320,000 people in Britain are now homeless and recent research by Crisis suggests that 24,000 people are sleeping rough or on public transportation – more than twice government estimates.

Almost 600 people died homeless in England and Wales in 2017 alone, a 24% increase in the past five years.

Alston adds that many homeless families are sent to live in accomodation far from their schools, jobs, friends and family.

4. Criticism of austerity’s affect on policing

The report said that austerity has “reduced policing services to skeletal proportions”.

5. The effect of austerity on local government

Alston points out that cuts to local councils budgets have led them to sell off librarires, community and youth centres, parks, leisure centres.

These sell-offs have contributed to loneliness and isolation and the government has had to appoint a minister for suicide prevention in response.

6. When he accused the government of being “in denial”

“The government has remained determinedly in a state of denial,” he said. The government’s reaction to his report will not have helped with this impression.

7. When he accuses the government of “radical social re-engineering”

The goverment’s policy on poverty is not based on economics, he says, but a desire to overturn the “Beveridge social contract”.

While some good outcomes have been achieved because of this, he says, “great misery has been inflicted unnecessarily”.

8. When he said austerity is expensive

While the government has prevented austerity as a money-saving programme, Alston says that it costs more than they would like to admit.

Local government, the NHS and police force have had to deal with the affects of increased poverty and austerity.

According to Alston, “one pound in every five pound spent on public services goes to repair what poverty has done to peoples’ lives”.

“British compassion has been replaced by a punitive, mean-spirited and often callous approach apparently designed to impose a rigid order on the lives of those least capable of coping, and elevate the goal of enforcing blind compliance over a genuine concern to improve the well-being of those at the lowest economic levels of British society.”

10. His criticism of legal aid cuts

Alston said that legal aid cuts have meant that “many poor people are unable to effectively claim and enforce their rights”.

As a result, they’ve lost support and some have even reportedly lost custody of their children.

He said that, outside of London, the privatisation and deregulation of public transport had made trains unaffordable and led to bus services being cut – resulting in isolation.

“Abandoning people to the private market in relation to services that affect every dimension of their basic well-being, without guaranteeing their access to minimum standards, is incompatible with human rights requirements,” he said.

12. When he said they risked treating vulnerable people “like guinea pigs”

He said ministers dismissed these problems to him, blaming the opposition and the media for misrepresenting and not understanding. “Ministers described Universal Credit as a nearly unmitigated success,” he said.

13. His criticism of sanctions

He said a key feature of Universal Credit was “draconian sanctions for even minor infringements”, adding that these were “harsh and arbitrary”.

14. When he said it looks like women have been “intentionally targeted”

He said that policy changes since 2010 have taken a disproportionate toll on women – who already earned less and did more unpaid labour.

Reductions in social care services mean an increased burden on primary caregivers – who are usually women.

Universal Credit’s single payments to an entire household can give financial power to an abusive partner – usually a man.

The benefit cap, two-child limit and increase job-seeking requirements for parents of children as young as three have all hurt single parents, he said. Around 90% of single parents are women and these policies also hurt their children.

“It may well appear that women, particularly poor women, have been intentionally targeted. It should shock the conscience that since 2011, life expectancy has stalled for women in the most deprived half of English
communities, and actually fallen for women in the poorest 20 per cent of the population,” he said.

15. His criticism of Brexit

“If Brexit proceeds,” Alston said, “it is likely to have a major adverse impact on the most vulnerable.”