ChangeUK rejected an electoral pact more than a month ago 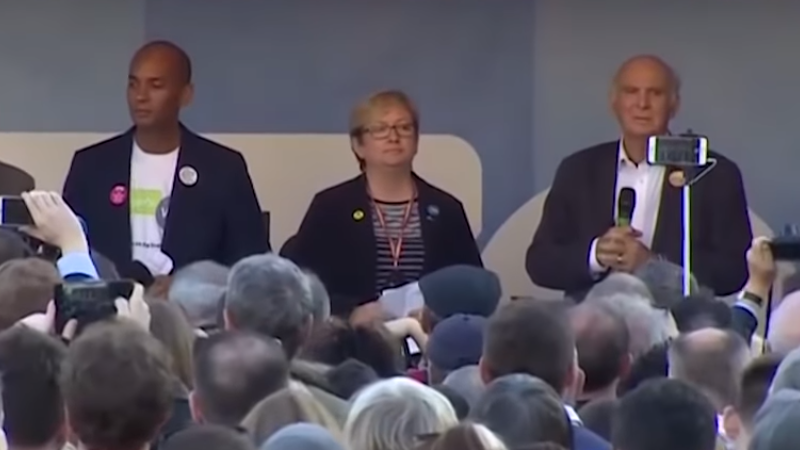 Why is there no electoral pact between the three most fervent UK-wide pro-EU parties – the Lib Dems, Greens and Change UK?

It’s a question which has provoked much finger-pointing on Remainer Twitter, with party leaders weighing in.

The truth seems to be that, while it may never have happened anyway, it was Change UK who played the most decisive part in killing the idea.

They said the new party was “not tribal” and wanted to work with other parties but also said: “Does this mean we are forming an electoral pact or alliance? No.”

That was a pretty conclusive rebuffing and it, and similar statements, seem to have been interpreted by the Liberal Democrats as such. A Liberal Democrat spokesperson told me today:

“There were a number of conversations, as we regularly have with those in other parties, and it became quickly apparent that the TIGs [ChangeUK] weren’t interested in forming any alliances. Many of the on-the-record comments by them relay this.”

What about the Greens? When asked if the Lib Dems held similar conversations with them, the same spokesperson said: “Not in the same way, I think that was a bit of an all or nothing.”

So without ChangeUK, the Lib Dems seem to have decided the idea was dead in the water and so not approached the Greens about it.

Similarly, the Greens have not claimed to have approached either other party about working together and their co-leader Jonathan Bartley has been highly critical of ChangeUK, accusing them of “vapid centrism”.

So, even if ChangeUK had been up for an alliance, there’s no gurantee the Greens would have been. Many members would certainly have been opposed.

Last week, the debate over who was responsible for the lack of an alliance re-emerged after Vince Cable told BBC Radio Four:

““It would be better, I think, from the point of view of the supporters of British membership of the EU if we were fighting together under the same banner.”

“Certainly that’s something we would like to have seen, but that wasn’t possible, we didn’t get a positive reaction to that, so we are going on our own.”

So who was right? Vince or Jon? The answer is pretty boring – they’re both right.

Vince Cable was right to say the Liberal Democrats didn’t get a positive reaction to working with other parties.

Jonathan Bartley was right to say that the Greens weren’t approached, at least formally.

Either way, there’s no alliance happening so each party will run its own full list of candidates

The most recent European Parliament poll has the Liberal Democrats and Change UK on 9% with the Greens on 5%.

In the last European election, the Greens got three MEPs and the Liberal Democrats got one.

5 Responses to “With ChangeUK uninterested, the ‘Remain Alliance’ was a non-starter”