Billionaires are using their wealth to subvert democracy 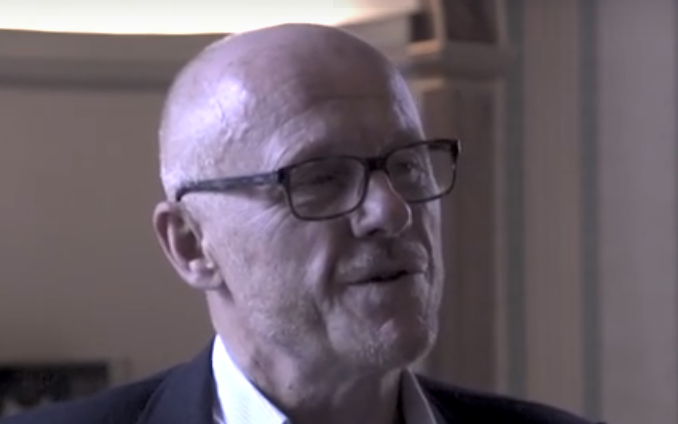 Taxation revenues are the basis of the modern state. Without them, it cannot perform its administrative and redistributive functions.

The revenues are also used to subsidise industries, bailout banks and clean-up the social and environmental damage inflicted by businesses in pursuit of private profits.

The level of taxation depends on the social settlement mandated to the state through the ballot-box. It can be changed by citizens.

Some wealthy elites resent making financial contributions towards the maintenance of social infrastructure and advancement of welfare rights even though healthcare, education, transport, security and other services enable their businesses to make substantial profits.

A good example of this is the statement by John Caudwell, the billionaire founder of Phones4u.

Caudwell said that he would leave the UK if the next Labour government introduced a wealth tax or higher marginal rates of income tax.

He said he will migrate to “and live in the south of France or Monaco”, though he would continue to profit from businesses in the UK.

In 2014, Phones4u and related companies entered administration.  As of 13 February 2019, unsecured creditors for the group of companies were owed £1.7bn and are likely to receive negligible amounts.

This figure includes £69m owed to the government’s tax collector HMRC. That loss has been borne by taxpayers.

What about Caudwell’s love for paying taxes which after all enabled his business empire to enrich him?

Caudwell and his business empire used novel tax avoidance schemes. In the 1990s, Caudwell and fellow directors “paid themselves mostly in gold bars and fine wine. The aim was to avoid National Insurance contributions”. This loophole was closed in 1997.

Caudwell looked for other ways of reducing his tax bills and a scheme was devised by Ernst & Young, auditors to Phones4u.

Under the scheme, businesses controlled by Caudwell made payments into an Employee Benefit Trust scheme in Jersey for the benefit of executives, including Caudwell and other directors, who received tax-free loans from the trust.

The payments were instead of salary or bonuses. The companies obtained immediate corporation tax relief on the money while directors avoided income tax and National Insurance contributions.

The scheme was contested by HMRC and the case eventually went to the House of Lords and was declared to be unlawful.

The expert opinion was that this judgment alone may have required Caudwell to pay £13m in taxes and penalties, and his businesses may have faced liabilities of £1.5bn in tax and interest.

Caudwell wants to be loved by people and says that he pays his taxes and will give away his fortune to charities, but this does not stop him from threatening people from making their democratic choices.

Fellow millionaire Lord Alan Sugar has also threatened to leave the UK if the next Labour government levies higher taxes on the rich.

Of course, before leaving they should return all public subsidies, loans and debts, pay taxes and make good environmental and social damage done by their intoxication to private wealth, status and power.

These wealthy elites are not campaigning for higher wages, an end to austerity, foodbanks or inequalities.

They have campaigned and secured tax cuts for corporations and reduction in the highest marginal rate of income tax for the rich from 50% to 45%, on incomes above £150,000 a year.

They are silent on the inequities of the present system which requires the poorest members of society to pay a higher proportion of their income in taxes compared to the richest.

The data published by the Office for National Statistics shows that the poorest 20% of households pay 29.7% of their income in indirect taxes and 12.7% in direct taxes. So they pay-a total of 42.4%.

So the rich are giving a smaller percentage of their income than the poor.

The class wars fought by the elites have left ordinary people with a stark choice – either pay more for a crumbling social infrastructure or give up their hard-won social rights, whilst billionaires heave their wealth about in tax havens.

The message from wealthy elites is that people can have any government they wish as long as it is the one that Caudwell, Sugar and their billionaire friends approve.

Put another way, people can mandate a government through the ballot-box but wealthy elites want to have the power to exercise the ultimate veto by withholding or dodging taxes and therefore ensuring that the government cannot deliver its electoral promises and improve welfare of the ordinary people.

If government are poor at delivering mandated redistribution and social infrastructure, then citizens can discipline those governments by kicking them out of office.

There is something very disturbing in that billionaires think that it is somehow their birth right to override citizen choices and discipline governments by threatening tax revenues.

5 Responses to “Prem Sikka: Billionaires are a threat to democracy”