The energy minister was accused of being a "propagandist for the filthy fossil fuel industry". 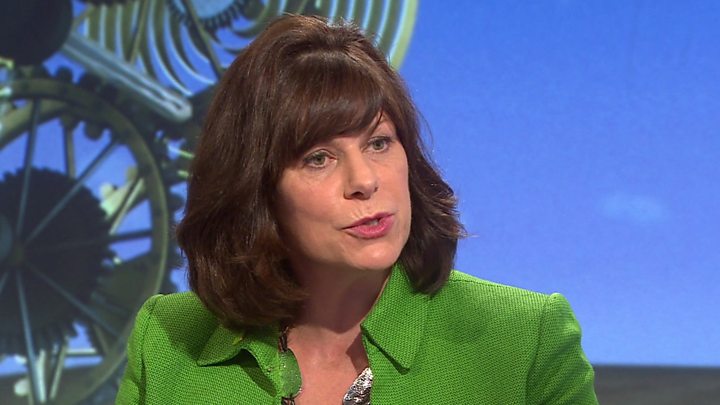 Campaigners have demolished the arguments of a pro-fracking “mythbuster” published by energy minister Claire Perry.

After a Left Foot Forward reader contacted Perry to express concern about fracking, she was sent back a 600-word “mythbuster” document with nine arguments in favour of fracking.

“I understand your concerns regarding shale gas extraction and hope the information provided below and the enclosed shale gas myth buster sheet will help to reassure you,” Perry said in her reply.

Not reassured, the reader forwarded the document on to Left Foot Forward who shared it with campaigners from Friends of the Earth.

In their rebuttal, the campaigners showed that what Perry called “myths” were actually facts. We do need to cut down on our use of gas and fracking is noisy, dangerous, water-intensive and a threat to our countryside and national parks.

“The government and drilling companies keep pushing fracking as part of a sustainable energy future, glossing over the fact that burning fossil fuels is a key contributor to climate change. The truth is, you can fight climate change or you can advance the fracking industry; you can’t do both.”

Claire Perry’s “mythbuster” claimed that fracking will not contaminate the water supply – but Friends of the Earth cite the British Geological Survey’s warning that: “Groundwater may be potentially contaminated by extraction of shale gas both from the constituents of shale gas itself, from the formulation and deep injection of water containing a cocktail of additives used for hydraulic fracturing and from flowback water which may have a high content of saline formation water.”

Perry’s document also said the risk of fracking-related earthquakes is “very low”. Friends of the Earth point out that the last fracking in the UK – in Lancashire in 2011 – was stopped because of earth tremors.

The myth-buster also claimed that fracking would not industrialise the countryside – but 17,000 sq. km of the English countryside is licensed for possible fracking. Friends of the Earth estimate that 6,000 gas wells may be drilled and fracked, covering the countryside and bringing trucks to country roads.

“That the government’s ‘Clean Growth’ Minister is deliberately misleading the public about the impact of fracking reveals all that we need to know about the Conservatives’ commitment to urgently averting the very worst effects of the climate breakdown.

“What is more, Claire Perry’s decision to relabel facts, supported by the best available scientific evidence, as ‘myths’ reveals that she is little more than a propagandist for the filthy fossil fuel industry. It is the kind of behaviour that has eroded trust in our politicians to an all-time low.

“With democracy being attacked left and right, the government’s insistence on lying, misleading and obfuscating in order to protect the interests of the oil and gas industry is shocking. We need to restore trust in British democracy, not debase it further.”

“From Brexit to fracking, being liberal with the truth has become a hallmark of this Tory government.

“In both cases they have tried to spin something that is disastrous into something positive. No wonder they have such an aversion to experts – they expose the truth about the damage posed to our economy, environment and society by government policies.”

3 Responses to “EXCLUSIVE: Campaigners hit back at minister’s pro-fracking “mythbuster””