The Bow Group are calling for a Labour-style 'revolution' in the party to turn it into a 'genuinely popular movement'. 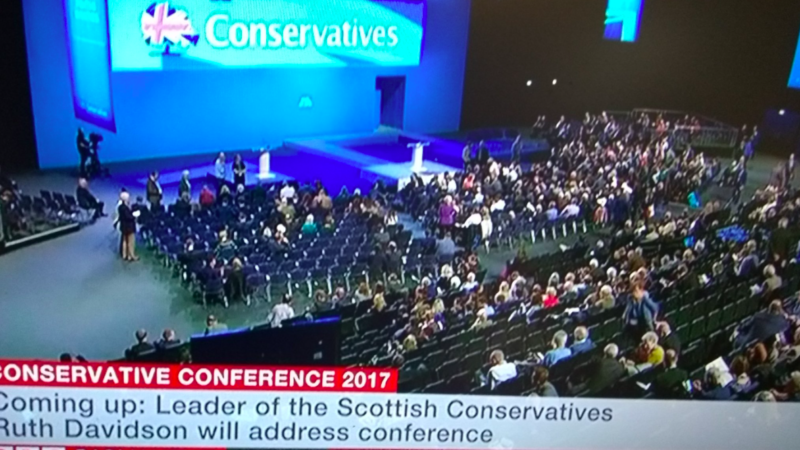 The Conservatives’ oldest think-tank, the Bow Group, and other lobbying groups called today for a ‘revolution at Tory conference’, urging the party to be more like Labour.

The campaign for democratisation led by the think tank is demanding the Tory party transform itself from ‘centrist politics’ into ‘genuinely popular movement’ or ‘risk losing the political narrative and momentum for the foreseeable future’.

Perhaps somewhat amusingly, the group says the Conservatives must copy the tactics of Labour in trying to transform themselves into a mainstream party:

“Labour have gone through the necessary and painful transition from centrist politics and have emerged stronger. The Conservative Party must urgently follow suite, or risk losing the political narrative and momentum for the foreseeable future.”

As pictures circulate on Twitter of a largely empty conference hall at Tory Conference in Manchester, the Bow Group called for ‘nothing short of internal revolution’ to boost membership and participation.

The call for drastic action comes hot on the heels of a Conservative Home article which claims Tory Party membership has fallen by a quarter over the past year.

The campaign is demanding that the Tory leader is elected by the membership at least every five years and the election of the party chairman annually. Ben Harris-Quinney, Chairman, The Bow Group said:

The Bow Group says it is leading a ‘movement for democratisation’ within the party and is joined by Conservative Voice, The Bruges Group, Conservative Progress, Parliament Street, Generation Conservative and Conservative Grassroots.

We thought we’d seen it all with Moggmentum, but it seems other wings of the Tory Party are also seeking to emulate Labour’s recent successes. We can’t wait to see how it goes.