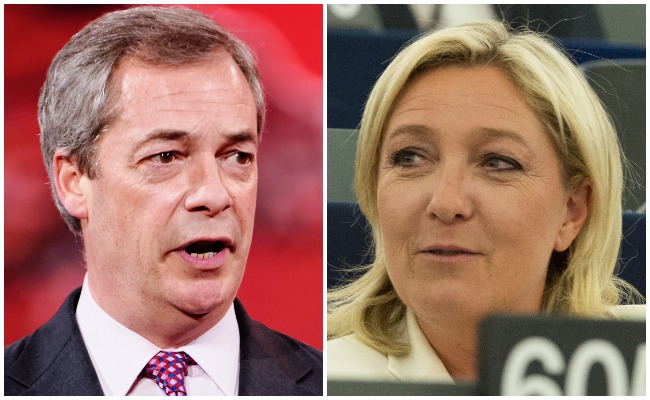 Nigel Farage has suggested the British embassy in Paris should ‘reach out’ to Marine Le Pen ahead of France’s presidential election, on a website launched by Brexit money-man Arron Banks.

Writing on ‘Westmonster’, the former UKIP leader cited Brexit and Trump’s election as part of a ‘political revolution’ that caught Britain by surprise.

“Only a fool would say that in 2017 similar shocks cannot occur as Geert Wilders’ party consistently leads in the polls with a spring general election fast approaching and Marine Le Pen’s campaign in France is also gaining momentum.

It is therefore extraordinary that the British Embassy in Paris is not reaching out to all of the main contenders to be France’s next President, who will be elected in May.

Yet, Marine Le Pen has been excluded from this. I’m not saying that she will win, but there is every chance she could, and I’m pretty certain that she will at least make it to the final round. It seems our government are not learning from their mistakes.”

The same item in Private Eye, which quotes Farage via journalist Christopher Silver, Farage reportedly said he believes Marine Le Pen wants to sleep with him.

Despite his freelance efforts today, there are good reasons by Farage is not British ambassador to America, France or anywhere else. The only job he landed recently was radio talk show host for LBC.