The Autumn Statement forecasts tell a story of economic failure 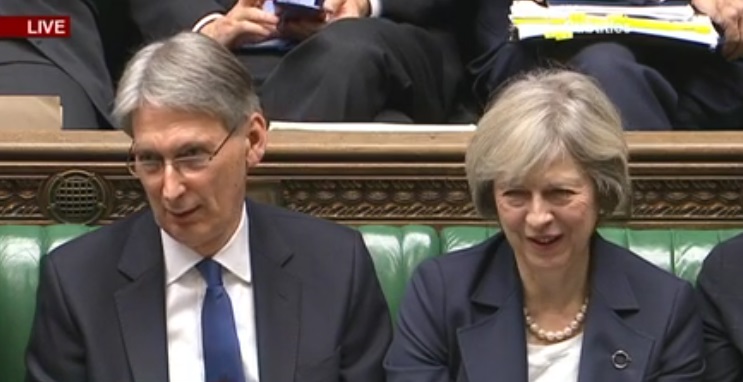 Remember the Marmite crisis? A few weeks ago leaving the EU had led to Britain’s favourite (or least favourite) spread being lost to consumers. So keen were we for evidence of the negative impact of EU exit that this squabble between a monopoly supplier and a monopoly buyer became a story about the EU.

The prime minister’s hard tone on leaving the EU caused the pound to fall causing import prices to rise and promising soaring inflation. Marmite was off the virtual shelves.

Now we have the Office of Budget Responsibility forecast on inflation. 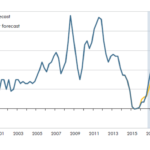 They predict that inflation will soar to a peak of 2.6 per cent next year. In other words, CPI will go from one percentage point below the government’s target to 0.6 of a percentage point above before falling back to the target. That is not the bad news we were expecting.

The OBR does not dispute that the pound has fallen. A trade weighted index has sterling down almost 30 per cent compared with 2007, but actually only a little lower than the period 2009-2013. 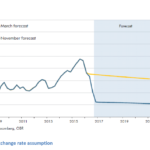 EU exit is distorting our understanding of developments in the economy. One issue with this distortion is that we lose focus on the questions that matter. Leaving the EU will slow the economy, but that is not the whole story.

Another problem is that it lets the government off the hook for its failures. Leaving the EU could become the all-purpose alibi for Tory incompetence.

Labour front benchers like Clive Lewis and Rebecca Long Bailey, did a good job challenging this narrative following the Autumn Statement. They pointed out that EU exit accounts for only half the increase in government borrowing. The other half represents government’s own failings. 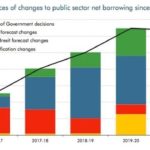 This last chart is copied from the OBR presentation on their report. It illustrates the changes made to their GDP forecasts in November compared to the pre-referendum forecast in March. It shows a clear slowdown in the rate of growth in 2017 and 2018 compared with their earlier expectations. 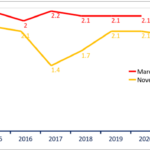 The most striking fact is not the temporary slowdown in growth but the low level of expected growth overall. Before the financial crisis growth averaged over 2.5 per cent. Even before the impact of leaving the EU was taken into account the OBR foresaw slow growth continuing up to 2020.

There is another story being told in the OBR figures. It is one of inadequate investment and a stagnating economy. Minor changes in government policies announced yesterday do nothing to improve the country’s prospects.

There is a story about the impact of leaving the EU but the narrative which emphasises the effects of EU exit risks masking other fundamental problems.

The tale of productivity, living standards, investment and inequality still needs to be told.

See also: With the Autumn Statement, the Tories’ Great Lie has finally been exposed