Osborne used the myth of near-bankruptcy to justify damaging austerity 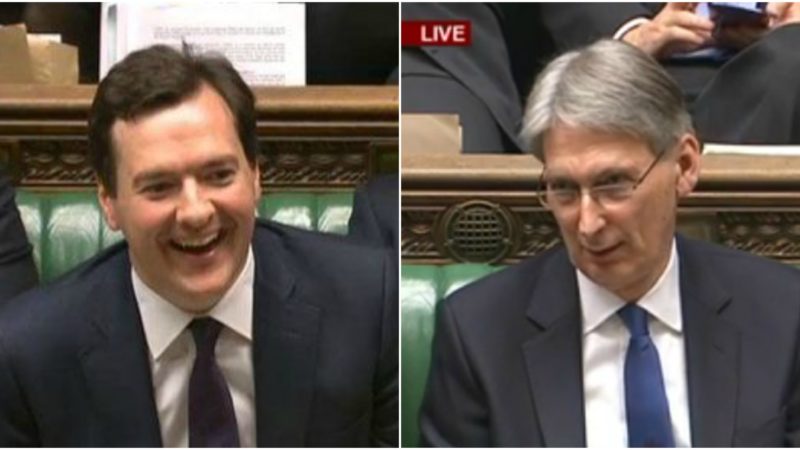 Wednesday’s Autumn Statement saw the Tories finally admit, grudgingly and obliquely, to the Great Lie told back in 2010: that the UK was on the brink of bankruptcy.

Back then, the Tories successfully painted Labour as a party of profligacy, even though the UK’s debt to gross domestic product (GDP) ratio was lower in 2007 than that inherited by Labour from John Major ten years earlier.

Debt as a proportion of GDP only began to climb significantly after the economic crisis hit in 2007, with the UK economy shrinking by almost seven per cent.

This was the most perilous international economic event since the Great Depression in 1929; not ‘Labour’s recession’ as the Tories claimed. Rather, it was Prime Minister Gordon Brown who was largely credited with rescuing the world’s banking system in the 2007 to 2010 period.

Even though the idea that the UK was close to bankruptcy was absurd and comparisons with Greece were fatuous, the Tories couldn’t resist playing politics in the face of economic uncertainty.

They were aided in telling the Great Lie by senior Liberal Democrats, abetted by former leader Paddy Ashdown, who must now be blushing after his party was decimated in the 2015 general election and the Brexit vote.

George Osborne, Chancellor of the Exchequer for six years, constantly referred to the UK’s supposedly parlous economic position as the reason for enacting damaging austerity policies which delayed the UK’s recovery and placed an undue burden on the poor and the vulnerable,

Osborne continued to stick to his version of history even as he piled on the debt, missing self-imposed targets to eradicate the structural deficit. He was already way behind his plan to create a surplus in 2019 before the Brexit vote. His sacking by Theresa May was a long overdue recognition of Osborne’s calamitous stewardship of the UK economy.

The rationale the Tories followed in continuing austerity policies that have seen one million Britons using food banks, was the now discredited Reinhart-Rogoff hypothesis, which claimed that economies with more than 90 per cent debt would experience dramatic falls in growth or even renewed recession.

The hypothesis was exposed by a student as voodoo economics, but revered by the Chancellor of the world’s fifth largest economy. With UK debt to GDP heading for more than 90 per cent in the latest Office of Budget Responsibility forecasts, the Reinhart-Rogoff will perhaps be tested for real at last.

Economic illiteracy and political expediency were both practiced by Prime Minister David Cameron too. He was still repeating the Great Lie at his resignation speech in June:

“I believe we’ve made great steps…above all restoring Britain’s economic strength. That is why we delivered the first Coalition Government in 70 years to bring our economy back from the brink.”

The reality was that the Coalition Government inherited a national debt of around £600bn. This more than doubled over the next six years, and is now set to be more than three times higher than in 2010 by the end of this Parliament as a result of Brexit and economic mismanagement. So not really ‘the brink’ in 2010 then? 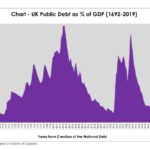 Yet, as the chart shows, debt as a proportion of GDP over the last six years is not exceptionally high in historical context. What the chart also reveals is that reducing national debt to lower levels is not something that can be achieved in the short-term.

Instead, such debt reduction is more of a generational goal rather than a one or two Parliament acheivement. For example, even if, say, a surplus of £100bn was realised in 2020, and sustained over the long-term, it would still take two decades to return to the position of the mid-2000s.

Poor economic straits six years ago called for a stimulus package, including significant infrastructure investment, and boosting the money in people’s pockets – especially at the lower end of the income spectrum where most extra money is spent so boosting demand in the economy.

This is what, belatedly, the Government has admitted. However, plans to invest come six years later than ideal and are too little to reverse the likely economic slowdown caused by Brexit. And softening of some in-work welfare cuts and raising the national ‘Living Wage’ will not make up for the pain inflicted on the poorest since the Tories came to power.

2 Responses to “With the Autumn Statement, the Tories’ Great Lie has finally been exposed”