Whatever they claim now, the Leave campaign was all about immigration 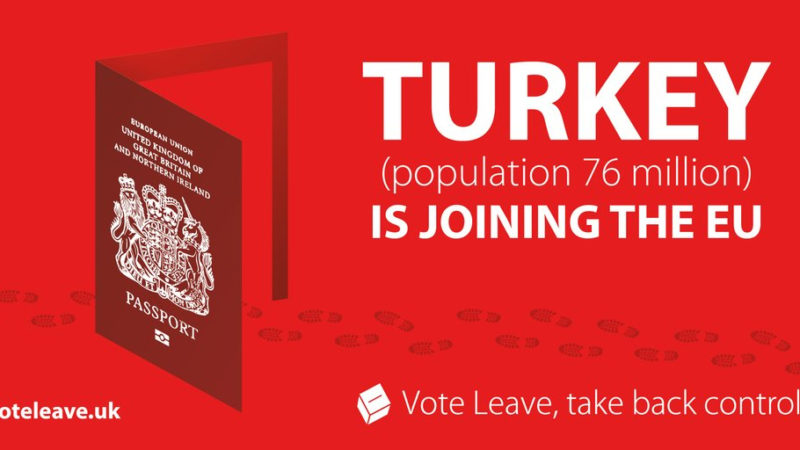 In today’s Telegraph, Fraser Nelson claims that ‘in this topsy-turvy world, Remainers have become the illiberal Brexit enforcers, whether Leavers like it or not.’

The gist is this: at Tory conference it was pro-Remain ministers — Theresa May, Amber Rudd, Philip Hammond — who were driving home the most regressive, anti-immigrant sentiments, while Boris Johnson and David Davis wept silently at the death of their progressive Brexit dreams.

“From the offset, the Tories who campaigned to leave the EU were very keen to portray it as a internationalist endeavour – not a nativist yawp. A mission to raise the national sights to more distant horizons; to go out into the world.”

Purely on point of fact, here are a couple of things Nelson has forgotten.

Nelson also claims that it’s only the Remainers who refuse to guarantee the rights of EU citizens currently resident in the UK.

Did he miss what lead Brexiteer Liam Fox said this week? That the government would offer no commitment to EU citizens because to do so ‘would be to hand over one of our main cards in the negotiations.’

But aside from the obvious factual errors (and Nelson has form in that respect) the more important point is this:

Vote Leave was defined by its willingness to ignore reality, to cynically manipulate its messages, and to outright lie.

Nelson is right that Johnson, Davis, Liam Fox and others want to portray Britain ‘as a globally-minded country straining at the leash of the EU’ but he’s wrong to suggest that this message is anything other than facile spin.

He’s right that Vote Leave never pledged to reduce migrant numbers, but obscures the fact that that was a deliberate lie of omission.

And he’s right that what May is doing is very different to the route the Brexiteers say they would have done. What he ignores is that there’s a reason Johnson, Gove and the other leading lights of Vote Leave went to ground immediately after the referendum.

They jumped ship because they knew that their lies and distortions were about to be found out. They knew that a progressive Brexit — one that didn’t lead to the vilification of immigrants and hit the working class hardest — was impossible.

On this site, we are no friends of Theresa May. She is taking a regressive, illiberal and xenophobic approach to Britain’s future. But at least she’s honest about it.

Fraser quotes an American guest at Tory conference, who wondered why it was the Brexiteers who were ‘most uncomfortable about this more robust language on immigration.’

The answer is quite simple: because they know its their fault.

2 Responses to “Fraser Nelson thinks Brexiteers are the true liberals – does he remember their campaign?”