As Westminster returns from recess, Theresa May has questions to answer 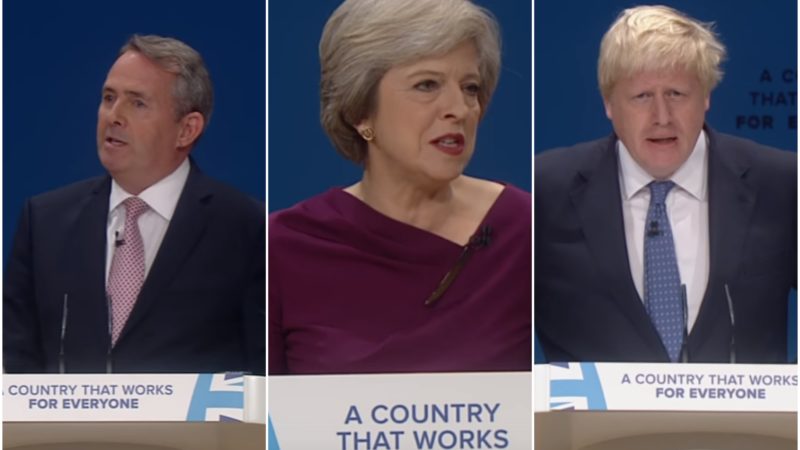 In the Single Market or out? Hard Brexit or Soft? Parliamentary assent or not? It is now three months since Theresa May became prime minister and yet, though Tory Party conference proved instructive as to the tone and mood of the government, we are still no clearer as to what exactly will happen. And nor, it appears, is her party.

The weekend saw further disunity in the Conservative Party over Brexit. There was former adviser Steve Hilton’s excoriation of home secretary Amber Rudd’s anti-foreign worker policy. Ministers might as well announce that ‘foreign workers will be tattooed with numbers on their forearms,’ he said.

Ex-chancellor Ken Clarke claims that ‘nobody has the faintest idea’ about Brexit, while current chancellor Philip Hammond fears the ‘bull in a china shop’ behaviour of the three Brexit ministers David Davis, Boris Johnson and Liam Fox.

And then there was education secretary Justine Greening’s on-air u-turn on Rudd’s plan to force companies to publish the number of foreign workers they employ.

Where, then, does the government actually stand on Brexit? And what are we to make of the prime minister’s various pronouncements on the European Union?

Theresa May says she wants to give British companies the ‘maximum freedom to trade with and operate within the Single Market’, and ‘let European businesses do the same here.’ Yet she also says she wants ‘our laws made not in Brussels but in Westminster; our judges sitting not in Luxembourg but in courts across the land; the authority of EU law in this country ended forever’.

The Single Market operates on the basis of commonly agreed rules, with a common court to settle differences of interpretation over what we have agreed — her stance on this point would rule out membership.

Another barrier to membership of the Single Market is May’s increasingly populist stance on foreign workers, EU migration and freedom of movement. Everyone from German Chancellor Angela Merkel to French President Francois Hollande, from European Commission President Jean-Claude Juncker to the European Parliament’s chief Brexit negotiator Guy Verhofstadt have hardened their own line against any member state staying in the Single Market without upholding its four freedoms: the free movement of goods, services, capital and, crucially, people.

Will the UK try to continue to be part of the single market, in which case it will have to follow the same rules as everyone else for that market? Or it will leave it entirely, in which case Britain will face tariff barriers and regulatory obstacles to its main export market, vital to its economy? The answer will have huge implications for Britain and Europe, and could also see many Leave voters complain that that is not what they were told, nor what they voted for.

At no point did Nigel Farage, Boris Johnson, Michael Gove or any of the other Leave ayatollahs say a vote to exit the European Union would mean exiting the Single Market, closing the door on all migration and foreign workers, with the voting public suffering from the resulting job losses, reduced incomes, loss of trade and general economic chaos that would follow. Indeed, the Remain campaign’s warnings on this were dismissed as ‘Project Fear’ by leavers.

So which is it to be? What does Theresa May really want? When will she reveal her choice to the public and stop trying to pretend you can be in the Single Market and ignore is rules? Will the public, through Parliament, have a say on this choice?

Leaving the European Union will be bad for Britain, that is not in doubt; just how bad depends on how hard Brexit will be, on what exactly ‘Brexit means Brexit’ really means.

See also: Fraser Nelson thinks Brexiteers are the true liberals – does he remember their campaign?

3 Responses to “Amid u-turns, contradictions and infighting, we still don’t know what Tory Brexit policy is”