The NHS founder believed in 'the parliamentary route to socialism' 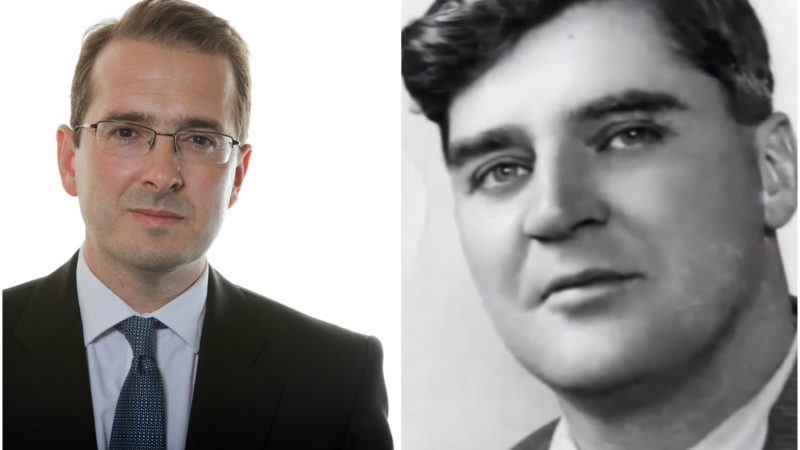 The Labour leadership contest has been very difficult to watch at times, particularly when the commentary has focused on gobstoppers and trains.

However, some very important debates have been taking place about the future of the Labour Party. It is during debates like these that the past becomes the present and Labour figures of old are suddenly given contemporary relevance.

One of these figures is Aneurin Bevan  — founder of the NHS — whose invocation has been central to leadership contender Owen Smith.

Bevan has been a go-to figure for Smith on the campaign trail. He has called himself a Bevanite a few times and has reminded us time and again that Bevan is his hero. His invocations have often focused on Bevan’s ‘search for power’, a nod to the belief that Labour leader Jeremy Corbyn is unelectable and that without being electable, Labour cannot achieve power and change society.

“I want to be a force for good in the world. Therefore, you need to achieve power. Nye Bevan, my great hero, said it’s all about achieving and exercising power. I’ve devoted my life to that.”

He has even spoken of choosing the ‘parliamentary route to socialism‘, the implication being that Corbyn and his supporters are merely building a protest movement without the ability to be electable and change things through Parliament. It is language reminiscent of a bygone era in the Labour Party.

Achieving power for the working class was key to Bevan. Nick Thomas-Symonds in his recent biography argued that Bevan was ‘a man of power’.

In supporting Owen Smith, Thomas-Symonds stated that Bevan’s ‘application of socialist principles to government’ and his belief in ‘pursuing an ultimate goal and seeing the practical route towards it’ had similarities with Smith’s ambitions today.

Smith and those who back him worry that under Corbyn, Labour will stay out of government.

So statements like ‘it’s Labour or nothing‘, which Bevan was supposed to have said to Jennie Lee, are used by Smith to show that he is the radical but electable option for Labour. He argues that he is as radical as Jeremy Corbyn, but that Corbyn is unable to ‘convey that willingness and readiness to run Britain to the peope‘. Smith believes that it is he who can put that ‘radicalism into practice’.

But Corbyn supporters will argue that Smith doesn’t represent the socialism of Bevan, pointing to his work for pharmaceutical companies Amgen and Pfizer as a betrayal of Bevan’s values.

An article from 2006 has resurfaced recently where WalesOnline’s Matt Withers said Owen Smith was a ‘Blairite lackey‘ and would ‘make Nye cry’ over his commitment to ‘choice’ in the NHS.

Smith’s past is still following him around. ‘I have never advocated privatisation of the NHS,’ he has insisted. ‘It has been one of Labour’s proudest achievements. I grew up swaddled in stories of the Labour party creating the NHS out of south Wales.’

This is largely why Owen Smith’s constant invocation of Aneurin Bevan has started to become tiresome to many. In a recent leadership hustings, when Smith said his political hero was Bevan there was a groan from many in the audience.

Smith supporters interpreted this as a slander against Bevan: Corbyn supporters were booing the name of one of Labour’s greatest heroes! However, it is more likely to be Owen Smith’s incessant invocation of Bevan that made Corbyn supporters groan.

But herein lies the problem – both sides of any argument will invoke the legacy of Bevan and use it for their own purpose. It’s inevitable with a figure such as Bevan who has left a huge imprint on the conscience of the Labour Party, but whose political thought contains aspects that are contentious and sometimes contradictory.

As I have discussed previously in relation to Wales and to the junior doctors’ dispute, invoking Bevan is a popular thing for politicians to do.

However, part of the problem with the legacy of Aneurin Bevan is that he is seen by some as a left-wing revolutionary, but for others he is a compromising politician who would make concessions and look for consensus. To some he is both.

The invocation of his legacy can be seen as a reflection of the disagreements over the future of the Labour Party.

Nye Davies is a postgraduate researcher at the Wales Governance Centre at Cardiff University. His research focuses on the political thought of Aneurin Bevan.

9 Responses to “Why does Owen Smith keep comparing himself to Nye Bevan?”