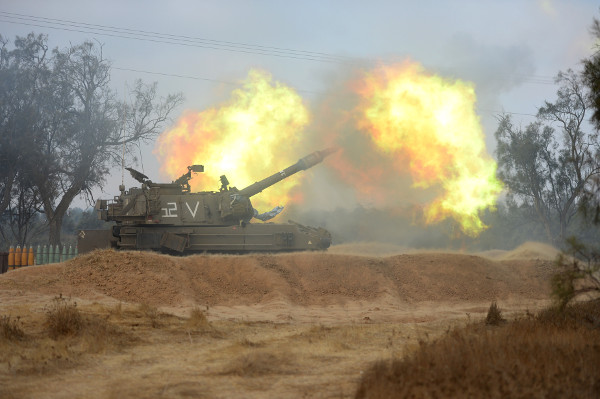 One year on from the tragic events in Gaza last summer, and the British Israel lobby is still trying to distract us from Israel’s crimes by highlighting perceived wrongdoing by other sides.

In her piece for Left Foot Forward, Jennifer Gerber makes a number of claims which require refutation: Hamas’ responsibility for provoking ‘the conflict’; the use of ‘terror tunnels’; Hamas use of human shields; and finally what Gerber laughably calls, ‘Israel’s attempt to avoid civilian casualties’.

But the worst distortion of all is the narrative which Gerber is seeking to peddle from her position as director of Labour Friends of Israel – which is that whatever violence its occupation of the Palestinians metes out, whatever injustice is done, Israel is somehow beyond reproach. It is never Israel’s fault.

Gerber seeks to situate the ‘conflict’ – if that is what one can call such a one-sided massacre – with, ‘the teenagers’ abduction and brutal murder which triggered the war’.

By using what some historians call ‘emplotment’, Gerber creates a narrative that starts not with Israel’s blockade of Gaza in 2007, nor when its occupation of Palestine began in 1967, nor even the ethnic cleansing of Palestine in 1947-9. It starts with a Hamas killing in 2014.

If ‘terror tunnels’ were the main justification for Israel’s attack, then why did tanks operate a no-go zone in 44 per cent of the Gaza strip and shell schools, hospitals and houses?

What Gerber misses out from the report is damning of Israel. Not only did Israel repeatedly deny entry to the Human Rights Council, but they did not reply to any questions from the commission.

It details how the blockade has been ‘strangling the economy in Gaza and imposed severe restrictions on the rights of the Palestinians’.

Of the 2,251 Palestinians killed, 299 were women and 551 children. 18,000 housing units were destroyed in whole or in part; much of the electricity network and of the water and sanitation infrastructure were incapacitated; and 73 medical facilities and many ambulances were damaged.

At one point, 28 per cent of the population of Gaza, around half a million Palestinians, were internally displaced by the bombing.

Most disturbingly, but unsurprising to those acquainted with Israel’s tactics in ‘conflict’, the report, ‘identified patterns of strikes by Israeli forces on residential buildings’, and, ‘found that the fact that precision-guided weapons were used in all cases indicates that they were directed against specific targets and resulted in the total or partial destruction of entire buildings.’

Is it any wonder that Labour Friends of Israel is so keen to draw our attention to the half a dozen Israeli civilians killed by Hamas in the midst of all this death and destruction that was rained down on Gaza?

For too long Labour Friends of Israel has been taken at face value, and been granted platforms which it constantly uses to whitewash the war crimes of Israel. It is a losing battle.

Last year, Labour’s biggest trade union Unite, which represents over a million and a half workers, voted to support the Boycott Divestment and Sanctions (BDS) campaign in solidarity with Palestine, while the National Union of Students has twice voted since the 2014 massacre in Gaza to support BDS.

I wonder whether Labour Friends of Israel will long remain a voice that is taken seriously in debates around the Middle East while its whitewashing is unpicked by countless pages of human rights reports, journalism and documentation of the war crimes of the state they believe can do no wrong.

James Elliott is deputy editor of Left Futures and a member of the NUS National Executive Council. Follow him on Twitter