Investigation overlooks the role of the governors of Gaza, who are currently rebuilding their terror tunnels 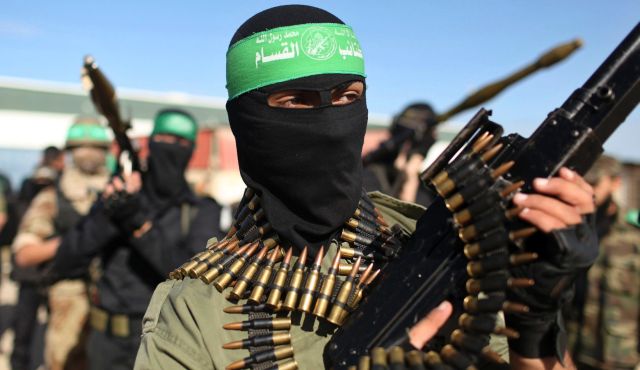 As the first anniversary of the outbreak of last year’s Gaza war approaches, the UN Human Rights Council (UNHRC) report serves as a timely reminder of the tragic loss of life and destruction caused by the conflict.

There are, however, three civilian casualties whose names do not figure in the report: Gil-Ad Shaer, Naftali Fraenkel and Eyal Yifrah, the three Israeli teenagers who were kidnapped by Hamas on 12 June 2014 and murdered shortly afterwards.

The lives of all those civilians – Palestinian and Israeli – who died during the conflict are of equal value. Each of them left behind a family who still mourn their loss.

But that is not why I draw attention to the three Israeli teenagers. Their deaths – which are skated over in two brief sentences and without reference to who was responsible – should be of great significance for the report.

It was, after all, the teenagers’ abduction and brutal murder which triggered the war it seeks to examine. Moreover, that the killings would likely lead to conflict was, of course, fully anticipated by Hamas.

On three occasions during the last five years, it has sought to kill Israeli civilians with the intent of drawing Israel it into a confrontation.

However, when the UNHRC decided to establish its commission last July, it deliberately chose 13 June – the day after the boys were kidnapped – as the starting point for its investigation.

We should not be entirely surprised by this: the UNHRC has a history of bias against Israel. It has passed more country-specific resolutions against the Jewish state than all other countries combined.

This relentless focus on Israel gives serial abusers of human rights a free pass, but that, surely, is precisely the aim of the likes of North Korea, Iran, Syria and Saudi Arabia.

Its critics will no doubt claim that accusations of bias against the UNHRC – so perfectly illustrated by that 13 June starting point – are beside the point.

The report, they will suggest, condemns both Hamas and Israel equally by concluding that both may have perpetrated war crimes.

But this defence captures the report’s central failing: the suggestion of some form of moral equivalence between a democratic state defending itself against attack and a terrorist organisation which was determined to cause huge civilian casualties.

Leave to one side – as the UNHRC indeed did – Hamas’ responsibility for provoking the conflict, and examine the actions of it and Israel during the ensuing two months. There are two points which are irrefutable.

First, through its indiscriminate rocket and mortar attacks and use of ‘terror tunnels’ Hamas deliberately targeted Israeli civilians.

From the beginning of 2014 until the start of Operation Protective Edge on 8 July, terrorists in Gaza fired more than 500 rockets into Israel. During the 50 days of the conflict, 4,594 more rockets and mortars were fired at Israeli civilian targets.

Moreover, during the course of the conflict, the Israeli army uncovered 32 Hamas tunnels. Fourteen of these tunnels had openings in Israeli communities near the border, enabling terrorists to infiltrate, kidnap or attack Israeli civilians.

An extensive network of underground tunnels was uncovered during the conflict filled with ammunition, weaponry, IDF uniforms to be used as disguises, tranquilisers and motorbikes.

Hamas made repeated attempts to launch attacks through these tunnels, and Israel suspected plans to launch large-scale killing and abduction raids against kibbutzim and towns near the border.

Rather lamely, the UNHRC report suggests that it ‘cannot conclusively determine the intent of Palestinian armed groups with regard to the construction and use of these tunnels’, before suggesting that their use to attack IDF positions during the conflict was legitimate.

Such obfuscation is lamentable: Hamas has never been coy about the fact that it seeks to target Israeli civilians through the tunnels and it was that intent which was – alongside the rocket attacks – a key factor in prolonging the conflict.

But Hamas did not only set out to deliberately kill Israeli civilians. They also sought to ensure the maximum loss of life among the Palestinian population of Gaza, thereby ensuring international condemnation of Israel.

With this tactic in mind, Hamas used mosques, schools, hospitals and homes as a base for firing at IDF soldiers. For instance, between 8 July and 5 August 260 rockets were fired from schools, 160 rockets from religious sites and 50 rockets from hospitals.

Hamas and other armed groups deliberately embedded themselves underground and among the civilian population, while explicitly calling for civilians to gather around targeted buildings and to ignore Israeli warnings to leave.

There is a stark contrast between Israel’s attempt to avoid civilian casualties – the warnings it issued to those residing in buildings designated for attack via phone calls and text messages as well as its decision to abort air strikes seconds before they were to be carried out due to the presence of civilians near the target area – and Hamas’ attempts to maximise them.

The report’s suggestion that Hamas’ threats to attack Tel Aviv and Ben Gurion airport represented a similarly concrete warning to Israeli civilians is risible and illustrates the manner in which it strains time and again to draw an equivalence between Israel and Hamas.

Second, not only did Hamas initiate the conflict, they also sought to prolong it for as long as possible.

During 10 days of air operations to try and stop Hamas’ rocket attacks, Israel made repeated offers to deescalate the situation, making it plain it simply wanted Hamas to cease those attacks. Hamas rejected all of these offers.

On 15 July, when the conflict was barely one week old – and Palestinian fatalities were one-tenth of the level they would become – Israel accepted Egypt’s ceasefire proposals. Hamas, however, rejected them and did not agree to a ceasefire for another six weeks.

Unsurprisingly, the report is largely silent on this. It is similarly silent on Hamas’ repeated breaking of ceasefires, implying throughout that it was ‘ongoing [Israeli] airstrikes’ which were the cause of the hostilities.

‘Hamas’ is referenced only six times in the entire report, which prefers to label the force that the IDF was fighting as ‘Palestinian armed groups’, thereby removing blame from Hamas.

Nevertheless there are lessons that Israel should seek to learn from the UNHRC report, and last week it published its own extensive investigation.

The more urgent task, however, is to prevent a return to conflict. As LFI has sought to highlight in recent months, Hamas is rebuilding its terror tunnels and restocking its arsenal, and thereby attempting to provoke a new spiral of violence.

Disarming Hamas, and thereby allowing a lifting of the Egyptian and Israeli blockade of Gaza, might be a more worthwhile focus for the United Nations’ efforts.

Jennifer Gerber is the director of Labour Friends of Israel.