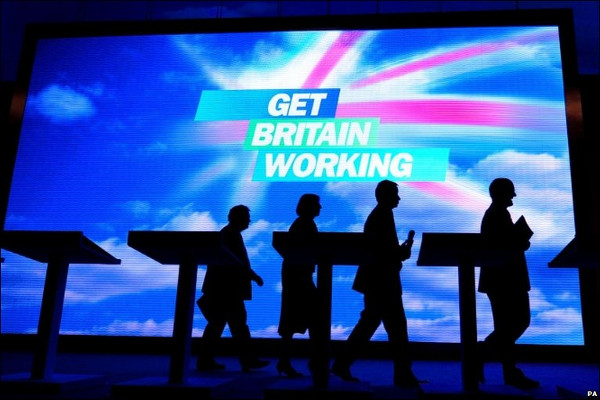 In an interview with The Sun today, the Conservative party’s deputy chairman Rob Halfon suggests that David Cameron should consider the name ‘The Workers’ Party’. Insisting that the Tories are ‘the party of the ladder’, Halfon says:

“If you’re in poverty, we’ll get you into work. If you’re in work, we’ll cut your taxes… Labour, on the other hand, are the party of dependency and the Welfare State, and that’s why they didn’t get in.”

The appointment of Halfon to deputy chairman may be part of a wider bid by David Cameron to rebrand the Conservatives and shed their elitist image. The MP for Harlow campaigned tirelessly to cut fuel duty for motorists, saying it was unacceptable that the average family in his Essex constituency spent more on fuel than on their weekly shop.

But he’s wrong. The Conservatives will never be the party of workers. Here’s why.

Firstly, after less than two weeks in government the Tories have already made it clear they are on the side of the bosses by carrying on with their bonfire of workers’ rights. Last week the new business minister Sajid Javid, who also voted against increasing minimum wage, proposed tough new anti-strike laws. The introduction of a 40 per cent ballot threshold before a strike is possible has caused alarm among trade unions, with some legal voices saying the proposal would violate international law.

This is the latest display of contempt for workers rights in a long list which includes under the Tory-led coalition:

Secondly, under the coalition the number of people working in low-paid, unstable jobs increased. According to the TUC, four in five jobs created between 2010 and 2013 were in low-paid industries, such as retail, waiting and residential care.

New data released by the ONS today has shows that house prices are rising four times faster than wages. TUC analysis released in April showed that 2010 to 2014 was the worst five-year period for living standards for half a century, based on real disposable income per head.

The Tories have also let down temporary workers, by failing to properly implement the Temporary Agency Workers Directive. The Directive was designed by the European Commission to protect agency workers, who are supposed to be entitled to the same pay as permanent staff after 12 weeks. The TUC lodged a formal complaint with the government for failing to make this the case, and allowing employers to take part in a ‘race to the bottom’, squeezing as much profit as possible from already poorly paid workers.

Meanwhile 700,000 UK workers report being on zero-hours contracts, as well as 820,000 UK employees who report being underemployed on between zero and 19 hours a week.

This list of stats could go on – it is suffice to say that in Conservative Britain, being in work does not, as Halfon claims, guarantee being out of poverty. It is little wonder that over 100,000 people say they have been forced to take second jobs since 2010.

You might think then, that things were hard enough for UK workers. But TUC analysis has shown that the majority of welfare cuts between 2010 and 2016 hit working families hardest. Cuts to in-work benefits such as tax credit, child benefit and housing benefit meant that ‘working people saw an unprecedented squeeze in their incomes’ over the last parliament. 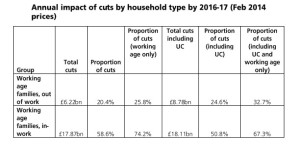 And with the Tories back in power, workers are facing a two-year benefits freeze across the board.

All this is to say nothing of a system which, far from being a ‘ladder’, essentially locks most people out from the top through creating tax breaks for the super-rich and perpetuates inequality by making the biggest cuts in the poorest areas. Halfon’s claims today are just empty rhetoric until the Tories can offer a convincing explanation for why they have made the above decisions – or repeal them altogether.