The UK government is failing to implement EU laws, resulting in tens of thousands of agency workers paid less than permanent staff doing the same job, says the TUC. 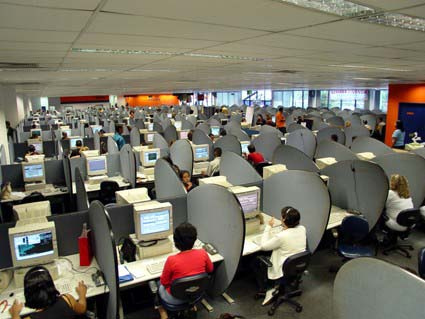 The TUC has this week formally lodged a complaint with the European Commission against the UK government for failing to implement the Temporary Agency Workers Directive properly.

The Government’s transposition of the Directive is leading to tens of thousands of agency workers being paid less than permanent staff despite doing the same job – as the Directive envisaged and provided for.

The TUC and unions such as Unite will provide examples of workers who are suffering because of the UK government’s flawed implementation of the EU Directive citing the abuse of the so-called ‘Swedish derogation’.

The UK Government’s implementation of the Directive and the misuse of the “derogation’ means that in the UK employment agencies are routinely paying agency workers far less than permanent staff doing the same job.

Many agency workers are being forced by employers into signing contracts based on the derogation and unions affiliated to the TUC  are submitting evidence from workplaces where agency staff are paid up to £135 a week less than permanent staff – despite working in the same place and doing the same job.

Another example of the ‘race to the bottom’ by employers, determined to squeeze as much profit out as possible by driving down pay for already low paid workers.

Under the UK’s regulations, agency workers are entitled to the same pay and conditions as permanent staff doing the same job after 12 weeks.

However, a ‘Swedish derogation’ contract exempts the agency from having to pay the worker the same rate of pay, as long as the agency directly employs individuals and guarantees to pay them for at least four weeks during the times they can’t find them work.

In Sweden, where these contracts originate, and which were supported by unions who insisted that agency workers become employees of the agency, workers still receive equal pay once in post and 90 per cent of normal pay between assignments. Union membership density in Sweden is much higher than in the UK and pay is normally agreed through collective agreements between unions and employers – and then implemented across sectors.

However, in the UK workers have no equal pay rights and are paid half as much as they received in their last assignment, or minimum wage rates, between assignments.

Agencies can also cut their hours, so receive as little as one hour of paid work a week.

Evidence gathered by the TUC shows that ‘Swedish derogation’ contracts where workers are paid below the rate for the job (as employees of the agency) are used regularly in call centres, food production, logistics firms (lorry drivers working out of retail warehouses), and parts of manufacturing.

Unions such as Unite have resisted the introduction of ‘Swedish derogation’ contracts – notably in manufacturing where companies have been warned they will face industrial action from permanent staff if agencies try to implement the derogation.

The Temporary Agency Workers Directive was implemented in the UK in 2011 as part of Europe-wide legislation to give equal treatment to agency workers. At the time, employers warned that the agency workers legislation would lead to mass unemployment and companies would face closure.

As with the minimum wage, their predictions proved to be wrong, indeed the number of agency workers rapidly increased despite the recession.

Agency working in the UK has increased by 15 per cent since the recession, faster than any other form of employment.

The Directive said that countries must prevent the misuse of Swedish derogation contracts. The TUC and unions argue that evidence that the UK government has failed to provide adequate protection for agency workers and that the right to equal pay is being widely flouted and has evidence to back it up. ‘Swedish derogation’ contracts should therefore be banned, says the TUC.

The number of workers on ‘Swedish derogation’ contracts has grown rapidly since 2011. Around one in six agency workers are now on these contracts, according to a report from the Recruitment and Employment Confederation.

Employer organisations are often keen to praise the flexibility of these employment contracts but the reality for many thousands of workers is job insecurity, a lack of basic rights at work and, in the case of many agency workers, pay rates far below that of colleagues who have permanent contracts.

The TUC believes that the growing exploitation of agency workers on ‘Swedish derogation’ contracts, along with the rise of zero hours contracts and involuntary temporary work, show that behind improving employment statistics and an improvement in recent manufacturing figures lies an increasingly insecure and vulnerable workforce. Unless the government acts to protect workers, the jobs market will continue to be dogged a race to the bottom by low-wage, insecure jobs.