Any form of democracy is associated with rights, duties and powers, which are weak in corporations 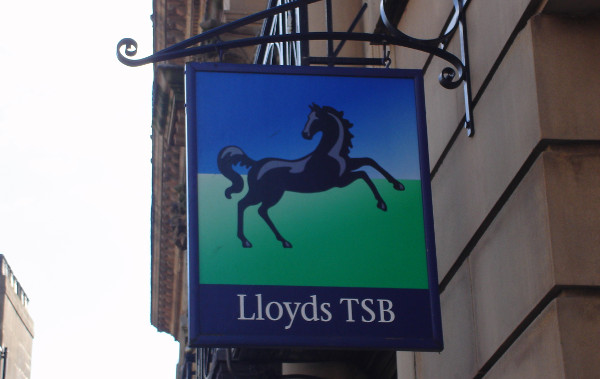 Despite massive support from millionaires, corporations and most of the press, the Conservative Party has not made a breakthrough in the opinion polls. So its latest weapon is to resurrect policies from the 1980s.

One of these is to sell £4 billion worth of shares in state-owned Lloyds Bank at a discounted price to individuals, effectively bribing people to secure votes. The propaganda machine claims that the Lloyds sale is part of some process of building a share-owning democracy. As privatisation of state-owned enterprises has been a key government policy since the 1980s, it is possible to test the claims of the propaganda machine.

But first a brief background to privatisation. After the Second World War, the incoming Labour government nationalised swathes of industries, including shipbuilding, steel, water, gas, electricity, coal mines, and telecommunications. Often private entrepreneurs were unwilling to make the investment in new technologies and the state provided the lead through investment in computers and biotechnology. Rolls-Royce was nationalised by the Conservative government in 1971.

In the mid-1970s, the UK experienced a secondary banking crash and the crises spread to insurance, property and related sectors. The then Labour government bailed out banks and other companies and negotiated a loan with the International Monetary Fund. It was pressurised to sell part of its stake in British Petroleum (BP).

Thereafter it was ideological leanings rather than any economic compulsions which led the way to the sale of state-owned enterprises. The 1979-83 Conservative administration under Margaret Thatcher’s premiership privatised Aerospace (BAE), Britoil, nuclear research company Amersham International, National Freight Corporation and sold 50 per cent of Cable and Wireless stake.

Most of the shares were sold to financial institutions and a proportion also went to individuals. The 1997-2010 Labour administration did not abandon the privatisation policy and the 2010-15 coalition government continued with it. Royal Mail was its biggest privatisation. As shares in numerous companies have been sold at knock-down prices to individuals, this should have increased appetite for share ownership. It hasn’t.

The table below shows changes in share ownership of companies quoted on the London Stock Exchange (LSE) for the last fifty years. It is based on the most recent data published by the government.

The only thing that has increased is foreign ownership of companies listed on the LSE. Many privatised companies, such as electricity, water and railways are now owned by non-UK investors. Some individuals may have made quick gains by selling shares acquired on privatisation, but that has not persuaded them to return and acquire shares in other companies.

Share ownership cannot be associated with any semblance of democracy. Any form of democracy is associated with rights, duties and powers, which are weak in corporations. At best, shareholders can appoint directors, but this does not give them any right to direct business strategy or any other aspect of operations.

They cannot personally possess, sell, or use corporate assets, as all property rights are vested in the company, which is a legal person. Shareholders cannot demand higher dividends or see a company’s books. They can appoint auditors, receive accounts, and pass resolutions at AGMs, but such resolutions are mostly advisory rather than binding on company directors.

The proposition that privatisation of Lloyds would deepen share ownership by individuals is not supported by evidence of privatisations over the last 40 years. There is little democracy in governance of corporations. Most shareholders need to work to earn a living and share ownership does not protect them from low wages, zero hour contracts, or poor employment practices. So why is the Conservative Party pushing more privatisations, especially at discounted prices? It is doing so for ideological reasons and desperation to remain in office, even if that involves naked bribes.

2 Responses to “The Tory mirage of share-owning democracy”