The left must move on from the economics of immigration and find a more progressive way to talk about the benefits of migration. 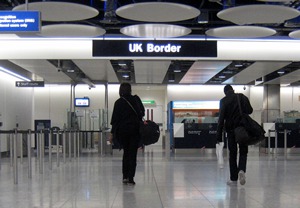 Yesterday on this site, James Bloodworth wrote that the anti-immigration voices have lost the economic argument and should move on. He’s absolutely correct: the figures released from the UCL research are hard to argue with.

The debate over immigration, and by extension integration, within British politics and the media has changed considerably since 1997. There has been a gradual shift towards the framing of the immigration debate through a neo-liberal prism whereby new entrants to the UK are reduced to their roles as either contributors or consumers of the UK’s national resources. Individuals are therefore valued not for who they are, but based on how much they give or take.

This both demeans and dehumanises migrants. Writing in the Guardian recently, Zoe Williams was right to say that “bagging up foreigners and weighing them by their economic usefulness is more racist that closing the borders”. How does this language significantly differ from that used during the slave trade, when people were bought based on their potential to produce more profit for the owners?

This is part of the wider creep of the neo-liberal vernacular into a number of policy areas (for example education and social welfare) that started in the 80s and has continued through to the current coalition. Such an argument for ‘economic migration’ was at its strongest under Blair and Brown.

And herein lies the problem: the frame of economic benefit or burden is used by all major parties.

In real terms, there is very little variation in the discourse and policy outlines of the Conservatives and Labour. Even those who are pro-immigration on the left use this same frame. There has been very little attempt to shift the debate away from the economic and there is no evidence to suggest that anyone on Labour’s front bench will break ranks to challenge the usage of this frame.

Instead, the left’s arguments have become strait-jacketed by neo-liberal speech into a limited, very narrow debate on cost/benefit and numbers. This falls into the old language of a threshold of tolerance. The assumption with these debates is that if that threshold is breached, ‘our’ tolerance becomes tested.

By viewing immigration in this way, policy-wise there are two solutions we are left with, what Zygmunt Baumann terms either the option to ‘devour’ or to ‘vomit’. That is, to assimilate or deny entry.

Over recent years government policy has used this two-stream strategy. On the one hand, there are attempts at ever greater controls over immigration numbers. On the other hand, under both Labour and the coalition, integration policy, has become neo-assimilatory in nature whereby migrants are expected to adhere to the curiously ‘British’ values of democracy, equality and rule of law.

Increasingly, though, British values have come to include neo-liberal tenets of contribution and lack of reliance on the state.

Migrants, indeed all residents, are expected to be net contributors, be self-sufficient, pay taxes and not rely on social welfare. And if these conditions are not met, then people are demonised in the press and used as fodder for UKIP.

This is even extended to those types who are denied the right to work, such as asylum seekers. Of course asylum seekers are ‘scroungers’ taking the generous £36 per week benefits allowed to them, if, by law, they are not allowed to take up paid employment.

But it isn’t just asylum seekers who are the affected. Family reunifications rely on proof of sufficient savings and annual salary: a person wanting their partner and two children to join them in the UK would have to have to earn a shade under £25,000 gross.

At the other end of the spectrum, the passport applications of foreign investors over £10m are fast-tracked from four down to two years. So, in Westminster, and increasingly in society generally, migrants are weighed up on the size of their wallets and their ability to contribute to the public coffers.

The multicultural model may have already been on life support for a number of years, and it has undoubtedly been given a helping hand to towards involuntary euthanasia by the corrective ideology of successive government community cohesion policy that concentrate on getting Muslims to be less, well, Muslim.

However, maybe what is really killing the ideal of cultural pluralism is that in the public debate on the benefits of this model have been replaced by reducing non-nationals to black and red numbers on the national balance sheet.

Because of this, it is even more vital that the left finds a way to move on from the economics of immigration and find a more progressive way to talk about the benefits of migration. Otherwise, it’s not just the anti-immigration voice that has lost the argument.

Sam Bennett is a doctoral researcher at the Faculty of Linguistics at Adam Mickiewicz University, Poznan, Poland. His thesis is on the discourse of integration in the UK

21 Responses to “It’s not just the anti-immigration voices that have lost the argument. It’s the left too”