The economics of immigration are unambiguous: the anti-immigration voices have lost the argument and should move on. 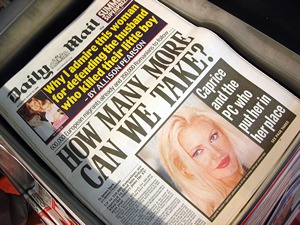 The economics of immigration are unambiguous: the anti-immigration voices have lost the argument and should move on

Not everything is about money and there are a number of persuasive arguments as to why people are concerned about the scale of immigration to the UK.

Social cohesion, a sense of community and fears about a weakening of British national identity shouldn’t be breezily dismissed simply as ‘xenophobia’ or racism (although that’s sometimes what they might be).

That said, those arguing against migration, especially migration from elsewhere in the European Union, tend overwhelmingly to focus on fiscal arguments – so they will say that migrants are a ‘drain on the benefits system’ or are a ‘net loss’ to the economy.

The arguments around the supposed ‘magnetic pull’ of benefits have been debunked already; and today yet another study shows that migrants have overwhelmingly paid more into the chancellor’s coffers than they have taken out.

A new report, put out by University College London’s Centre for Research and Analysis of Migration, finds that immigrants from the 10 countries which joined the EU in 2004 contributed £4.96bn more in taxes up to 2011 than they took out through the use of benefits and public services. The study factors in immigrants’ proportionate share of public service costs.

A windfall, in other words.

This compares extremely favourably with British nationals, who over the same period were a drain on the British economy to the tune of £617bn.

The net gain from immigration from the rest of the EU (excluding the 10 new countries) was £15bn – again that includes the costs associated with public service use.

Migrants from outside the EU contributed £5bn on the same basis.

Professor Christian Dustmann, co-author of the study, said: “A key concern in the public debate on migration is whether immigrants contribute their fair share to the tax and welfare systems.

“Our new analysis draws a positive picture of the overall fiscal contribution made by recent immigrant cohorts, particularly of immigrants arriving from the EU.”

He added: “European immigrants, particularly, both from the new accession countries and the rest of the European Union, make the most substantial contributions.

“This is mainly down to their higher average labour market participation compared with natives and their lower receipt of welfare benefits.”

One would hope that this would put an end to the baseless smearing of migrants by right-wing organisations such as Migration Watch. Don’t bet on it, though – Migration Watch are already trying to spin the figures to support their anti-immigrant narrative, despite the above-quoted words of the report’s authors.

This isn’t the first study showing that migrants benefit the British economy, either. According to another study from University College London which came out last year, migrants who have come to the UK since the year 2000 have made a ‘substantial’ contribution to public finances.

As I said at the start of this piece, I do think there are legitimate concerns about the pace of change in Britain today and how that relates to building strong and cohesive communities. However the economics of immigration are unambiguous: the anti-immigration voices have lost that argument and should move on.