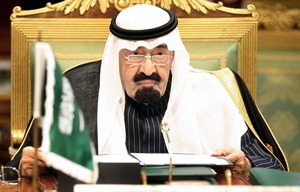 Evan Helmuth is a freelance writer covering the middle east

Saudi Arabia is no stranger to the problem of terrorism. Eighteen of the nineteen 9/11 hijackers were Saudi nationals and the kingdom had its own jolting reckoning with jihadi violence in the Riyadh Compound Bombings back in 2003. In that attack, which targeted western expatriates working in the Kingdom, 39 people were killed and more than 160 wounded.

The country also faces major security challenges as a result of its citizens traveling to Syria to join jihadist groups, including Syrian al Qaeda affiliate Jabhat al Nusra and The Islamic State of Iraq and Ash-Sham which is descended from Al Qaeda in Iraq.

Aymenn Al Tamimi, a Shilman-Ginsberg Fellow at The Middle East Forum and an expert on the Syrian conflict, estimates that there are “well over a thousand” Saudis fighting in Syria, with several hundred documented cases of Saudi nationals killed while fighting with jihadist groups there.

It’s quite understandable then that the Kingdom should have passed a new terrorism law recently, together with several related royal decrees.

So which pressing, terrorism-related concern does the new law address first? Does it ban incitement to violent jihad from the pulpit or the dissemination of Jihadi propaganda online?

You read that right. The world’s number one exporter of poisonous Wahabi doctrines and of the jihadi rabble which is the inevitable result of such doctrines considers atheists its foremost terrorism concern.

Article One of the new law defines “calling for atheist thought in any form, or calling into question the fundamentals of the Islamic religion on which this country is based” as terrorism.

We can all rest easy now. Finally someone has taken a courageous stand and is dealing with the widespread scourge of Saudi atheist suicide bombers which has so afflicted the region.

Although there is no agreed upon academic definition of terrorism, almost all definitions do include some common elements such as violence calculated to create terror among a certain population or among certain people in order to further a political goal. The Saudi government though lists no such limiting characteristics. Instead, the country used its anti-terrorism law to outlaw any and all dissent.

And Article One is by no means an empty threat. In February 2012, Saudi poet and journalist Hamza Kashghari was extradited from Malaysia at the request of his government and imprisoned without trial until October 29, 2013 for a series of tweets that Wahabis and other religious conservatives considered insulting to the Prophet Mohammed.

In a similar case as recently as January, another poet, Ashraf Fayadh was jailed without charge after someone complained that his poems “contain atheist ideas”. He remains behind bars.

This persecution of the irreligious is doubtless attributable to the royal family’s constant need to provide sops to the ultra-conservative, largely Wahabi clerical establishment upon which they rely for a great deal of their regime’s legitimacy as the ‘Custodian of the two Holy Mosques’. The parts of the new law dealing with atheism could therefore be seen as a bid to satiate the Wahabi religious establishment and buy the monarchy some loyalty from the country’s sheikhs.

Whatever the logic, the idea that the biggest threat to Saudi Arabia is a mass outbreak of ‘atheist thought’ and that what the country mostly needs is less freedom of expression is enough to make a cat laugh. And of course the perverse irony of the world’s leading exporter of jihadi suicide bombers cracking down on the imagined menace of atheist terrorists is off the charts.

Atheism though is by no means the only form of thought crime to which the Saudi government confines itself in its new terrorism law. Article two addresses “throwing away loyalty to the country’s rulers.” Article six outlaws “contact or correspondence with any groups, currents [of thought], or individuals hostile to the kingdom.” Article eight criminalizes protests, sit-ins and petitions.

As Human Rights Watch pointed out in their excellent report on the new law last month, it is already being used to silence political speech and imprison dissidents and human rights activists, in addition to atheists.

Perhaps the most worrying part of The Kingdom’s new focus on Richard Dawkins fans and pro-democracy dissidents is that whatever time and manpower the country’s security forces spend scouring Twitter for insults to the Prophet and pouring over poetry that might or might not insult religion is time and manpower they aren’t using to monitor and stamp out actual violent jihadis; or to prevent young Saudis from traveling to Syria to fight with Al Qaeda affiliates.

Perversely enough, we could end up with a situation in which this fatuous terrorism law diverts resources and efforts away from dealing with actual terrorism threats posed by religious extremists and toward locking up human rights activists and skeptics of religion, thereby increasing threats to both Saudi Arabia and the world.

You couldn’t make this stuff up.

3 Responses to “Atheists are now the terrorists in Saudi Arabia. You couldn’t make it up”