The 'recovery' in the wider economy is not being matched by rising real wages or rising living standards, instead the demand-constrained UK economy might be stumbling into a lower wage, lower productivity growth model with serious implications for living standards in the future. 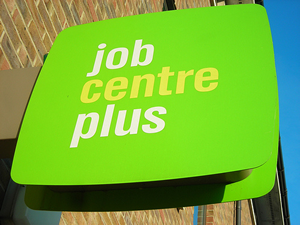 Today’s labour market statistics are very much a case of ‘the good, the bad and the ugly’.

Taking ‘the bad’ first, unemployment rose by 15,000 on the previous period whilst employment fell by 43,000. The employment rate fell to 71.4 per cent down 0.2 percentage points. As work from the Resolution Foundation has demonstrated, the UK faces a large ‘jobs gap’ to get back to pre-crisis employment levels.

But today’s figures also have some ‘good news’. In many ways today’s statistics are the mirror image of the ONS releases of the second half of 2012, when the headlines showed falling unemployment but the detail contained many causes for concern.

Today’s bad headline numbers on employment and unemployment camouflage some better details – the number of people in employee positions rose, the single month figures) as opposed to the usual three month periods) look a bit better and much of the fall in employment was driven by a fall in the number of self employed workers – many of whom may actually have been in a state of under-employment.

Taken together the longer term picture is of a stagnant labour market. This is best captured by looking at the unemployment rate. 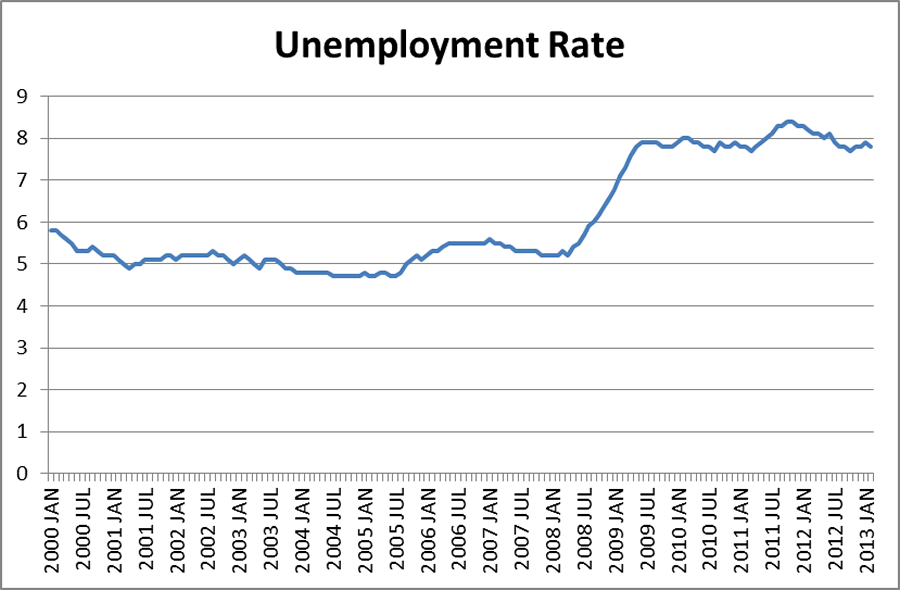 Simply put, unemployment today is where it was three years ago. For three years the economy has barely grown and the labour market has not really improved.

As the graph below demonstrates the squeeze on real wages is getting worse. 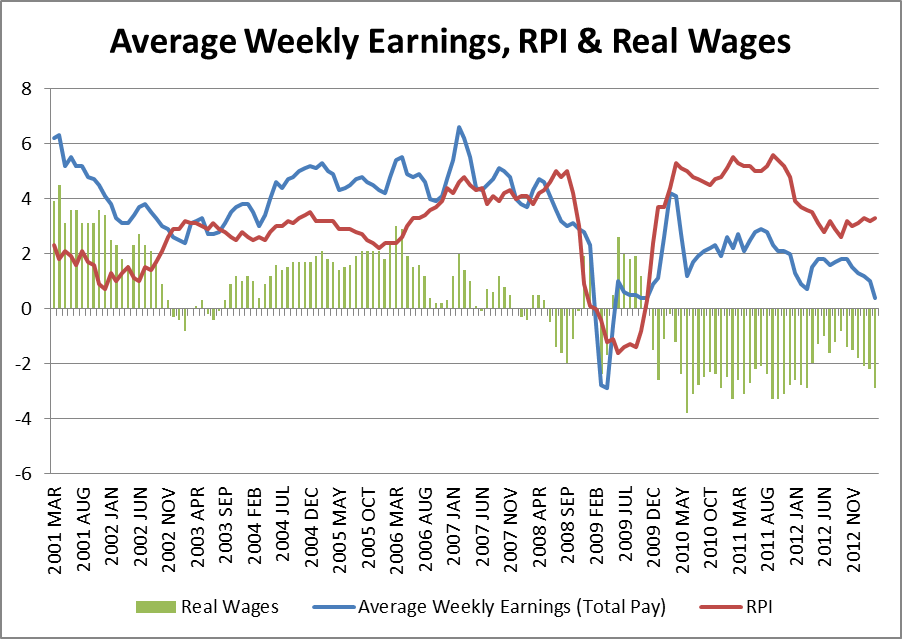 Real wages (average earnings minus RPI inflation) have been falling consistently since 2010. In 2012 the squeeze began to ease and by September last year real wages were declining by ‘just’ 0.8 per cent at an annual rate. Hopes of a return to real wage growth have since been dashed and as of March the decline was back up to – 2.9 per cent.

As can be seen by looking at the above graph, something deeply concerning has occurred over the past six months. Whilst earnings growth has fallen from 1.8 per cent in September to 0.4 per cent in March, RPI picked up from 2.6 per cent to 3.3 per cent. The decline in real wages in recent months has been driven more by weakness in nominal earnings than by rises in the price level. This is further evidence of the weakness of our labour market.

Putting this all together a worrying picture of the UK economy is starting to emerge. For much of 2012 economists debated the so-called ‘productivity puzzle’ of falling GDP coupled with rising employment. Recent labour market data is providing clues as to the answer to this paradox. The TUC’s Economic Report in February warned that the UK risked becoming a ‘lower wage, low productivity economy’. There is evidence that this may now be becoming the case.

Over the past three years we have now experienced large falls in real wages, weak economic growth, better than expected employment growth and a collapse in productivity. As John Philpott wrote back in February:

“This is unlike anything seen in this country since the Second World War, with the economy using more and more people at falling real rates of pay to produce a static level of output. For the time being this looks like a decent trade-off if the alternative is even higher unemployment. But a low productivity/low wage economy is very much a second best outcome and is just as much a sign of economic malaise as a longer dole queue.”

The worry now is that this ‘economic malaise’ is becoming entrenched. The ‘recovery’ in the wider economy is not being matched by rising real wages or rising living standards, instead the demand-constrained UK economy might be stumbling into a lower wage, lower productivity growth model with serious implications for living standards in the future.

Avoiding this outcome will require not just an immediate boost to demand but also the ‘right kind’ of supply-side reforms  – a modern industrial policy, banking reform, corporate governance reform, reforms to wage setting – to ensure that we get growth which is sustainable, equitable and that generates decent, well paid jobs.

One Response to “Today’s labour market statistics: ‘the good, the bad and the ugly’”