Vice president of the RSPB claims George Osborne is "potentially quite dangerous".

George Osborne may have been a hit with the birds back in his Bullingdon days, yet his luck seems to have foundered now he is Chancellor of the Exchequer. 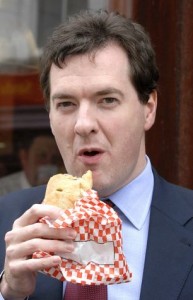 Vice President of the Royal Society of the Protection of Birds (RSPB), Sir John Lawton, has branded him “a bloody idiot” and “potentially quite dangerous” following the chancellor’s claims that the habitat directive was “placing ridiculous costs” on British business.

During an interview with GovToday, Lawton assured that only a minimal number of planning applications were being affected by the directive:

“The evidence is quite to the contrary. Looking at the evidence over the last five years, the number of planning applications stopped by the directive is only 0.5%.

He’s a bloody idiot. He doesn’t believe in evidence. What he needs to do is talk to one of the leaders of the major urban bids, who will say that access to high quality green space and interesting nature in their urban environment is not an impediment to economic development, it is fundamental to economic development.

“People see [green space] as a place for inward investment because it is more interesting and better for people’s health. I do wish Osborne would look at the evidence and think sensibly about it.

“Not all sites are sacrosanct, there will  be times when economic development and infrastructure needs to take place, I’m not against that… But I do wish he would look at the evidence.”

When the interviewer asked what Lawton thought of Osborne’s comments about the habitat directive being “goldplated”, his response was:

“That is a classic example of George Osborne talking out the back of his head.“

Back in March, Osborne asked his colleague Caroline Spelman to produce a report on the effect of the directive on business. Her findings also supported Lawton’s figure of 0.5% affected.

So what now, for king of the U-turn? What if Frances fancies a spot of bird watching and wants to join the RSPB? Will they be refused membership? Perhaps he can go all out on cutting the red tape that he despises so much and introduce a workfare initiative for badgers and birds?

As ridiculous as those suggestions may sound, it is Gideon’s track record that suggests his (hare)brained ideas are rarely vetted before they leave the nest.

31 Responses to “First he upset the bakers, now bird watchers are calling Osborne “a bloody idiot””