Ed Miliband today revealed Labour’s immigration strategy, in a speech much of the media saw as an “apology” for the previous government’s immigration record. 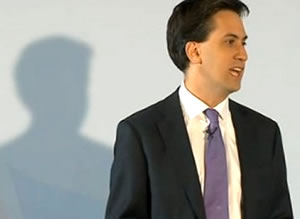 The majority of what was said appears to have gone unchallenged, however, Miliband made one point about the impact of immigrants on wage levels that commentators have been quick to disprove.

“To have an effective immigration policy, we must also reform how our economy works so that it works for all working people in Britain, whoever they are and wherever they come from. That means tougher labour standards to do more to protect working people from their wages and conditions being undermined.

“And action to create a different kind of economy: one which offers working people rewarding and high-skill jobs. So what happened?

“First of all, as a result of immigration combined with weak labour standards in some sectors, there was a direct effect on wages, especially in lower skilled jobs.”

Jonathan Portes, writing for the Independent, referred to a number of sources that dispelled the overwrought myth of immigration affecting wage levels, as Chart 14 shows. 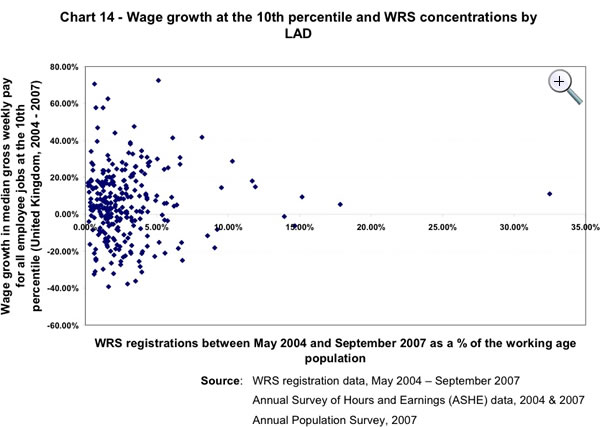 A report (pdf) from IZA, the Institute for the Study of Labor, entitled “New Labour? The Impact of Migration from Central and Eastern European Countries on the UK Labour Market”, concluded:

Indeed, the impact of such a large and rapid migration shock on wages and unemployment is a crucial labour market issue. This is specially so given the heated public debate on migration – and in particular on migration from current and future accession countries.

Yet, there is currently very limited evidence on migration eﬀects on the UK – and even less so on the  eﬀects of the recent EU enlargement.

While a report (pdf) from the Centre for Research and Analysis of Migration (CReAM) states:

Despite negative media coverage, there is no evidence that this expansion led, on average, to a setback of wages of workers born in the UK.

Miliband shouldn’t let unsupported myths about immigration cloud his thinking on the issue.