A decision to move the Qatar World Cup to the winter might yet even finally provide the spark for an effective challenge to the unaccountability and misgovernance of FIFA. 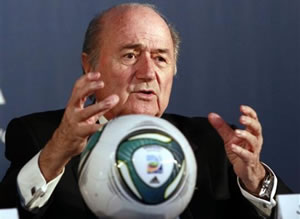 Japan were crowned football champions of Asia this weekend, defeating Australia during extra-time in Saturday’s close fought Asian Cup final, having eliminated the region’s other footballing power South Korea on penalties in the semi-final. The tournament was also the first major test of Qatar as a major tournament host since FIFA’s surprise decision late last year to award the 2022 World Cup to the rich Gulf state.

The organisers had been quick to get their excuses in early ahead of the tournament, pointing out that, beyond expats, very few overseas supporters would travel to west Asia for the regional tournament. South Korea’s passionate ‘Red Devils’ fans were expected to number in the tens rather than hundreds of fans. So the tournament didn’t test Qatar’s ability to handle a mass influx of visiting fans.

But it is perfectly fair to use the tournament to gauge the level of popular interest in international football in Qatar itself, with the nation hosting Asia’s premier continental tournament for the first time ever, so soon after being catapulted into the global spotlight as future World Cup hosts.

Would Qatar demonstrate a passion for the game to justify FIFA’s decision? No. The Asian Cup was the tournament of empty seats.

The average attendance was just 12,667 across the 32 games. For group round games not involving the hosts, the average attendance was a paltry 8,199, and even this was much boosted by ex-pats cheering on countries like India. Defending champions Japan played Saudi Arabia watched by just 2,022 supporters, and both China and Australia played in front of fewer than 4,000 fans. Even Iran versus Iraq – usually one for the neutrals – attracted only 10,478: the only time either country played in front of a five-figure crowd in six matches.

Not even the host nation’s games played to capacity crowds. More than 37,000 watched the opening tie in the 50,000 seat Khalifa International Stadium in Doha, yet the stadium was almost empty by the end as thousands left the ground with half an hour to go. Qatar’s crowds fell to under 31,000 by the time Qatar were playing China and 28,339 for the final group game, on which their progress in the tournament depended.

The Japan-South Korea semi-final attracted only 16,171 suppporters, while a half-capacity crowd of 25,000 watched the Australian semi-final. AFP reports that these attendances were boosted by the organisers getting thousands of schoolchildren into the ground following earlier criticisms of empty, atmosphere-less stadia.

The final saw a similar official crowd (37,174) to the opening match, though bizarrely, having attracted a fairly decent though not sell-out crowd, the organisers managed to lock supporters with tickets out, citing security concerns over the attendance of a Royal family, and blaming fans for not turning up earlier:

“There was a big crowd outside… The tickets have been issued for six months & [but] people are waiting until the last minute and they want to come to the stadium.”

The Qatari organisers have a very well resourced PR effort. They have claimed that that they sold a higher proportion of the tickets to their (smaller) stadiums than in previous Asian Cup tournaments, but couldn’t then persuade ticket-holders to turn up to the games. It is difficult to see how this improves the outcome, except in showing that an over-reliance on getting corporates to take tickets failed to generate a crowd.

It is true that the Asian Cup does not always attract big crowds, though the Qatari organisers exaggerate this point. It is fair to point out that the 21,000 average attendance for the tournament in 2007 was much boosted by having four host nations, with other crowds no better than in Qatar. However, the 2004 tournament in China had an average attendance of over 31,000, with an average over 26,000 for games not involving the hosts. Of course, Qatar has a much smaller population.

But the rationale for a World Cup venue that is difficult for travelling fans to get to must be that there is strong local interest in the game.

It is obvious that Qatar will have little need for additional stadia after 2022. The plan is to expand current venues, and then to build eight iconic new stadia with capacities over 40,000. Dismantling the upper tiers of these stadia and shipping them to Africa was pitched to FIFA as a “sustainable” solution.

Still, both FIFA and the Asian confederation have been quick to declare the event a great success.

FIFA may at least be relieved that the Qatar team exceeded expectations on the field, having not previously won a match in the Asian Cup finals since 1988. After losing to Uzbekistan, they did manage to beat China and Kuwait to qualify in second place from the weakest of the first round groups – the only one to contain no country with recent experience of qualifying for a World Cup – before a surprisingly creditable 3-2 defeat by Japan in the knockout stages.

That Uzbekistan went on to lose 6-0 to Australia in the semi-final highlights the gulf between the three Asian confederation sides – Japan, Australia and South Korea – capable of being competitive in the knock-out stages of the World Cup and the rest.

There have been previous World Cup hosts who would not otherwise have been close to being top seeds in the draw, such as the USA in 1994 and South Africa in 2010. In Qatar, FIFA have gone further by, for the first time, choosing hosts who would have had next to no chance of even qualifying for the tournament on merit.

There are now arguments within FIFA over whether the World Cup hosting should be shared by other nations in the region.

The most controversial suggestion has been FIFA President Sepp Blatter’s proposal that the 2022 World Cup should be moved to the winter. The status of the proposal is unclear, but the kite was flown deliberately and it would be unwise to rule out the idea that FIFA may return to it. While the summer temperatures were another difficulty for the Qatar bid, supporters around the world would not want the tradition of a summer World Cup shifted to the winter, also requiring the rescheduling and disruption of the football season for two years.

So there may be much more controversy to come over the Qatari World Cup. A decision to move the tournament to the winter might yet even finally provide the spark for an effective challenge to the unaccountability and misgovernance of FIFA.