David Miliband's team have hit back at comments by Mili-E on the Today programme. His team claim that they are "also increasingly confident" of victory. 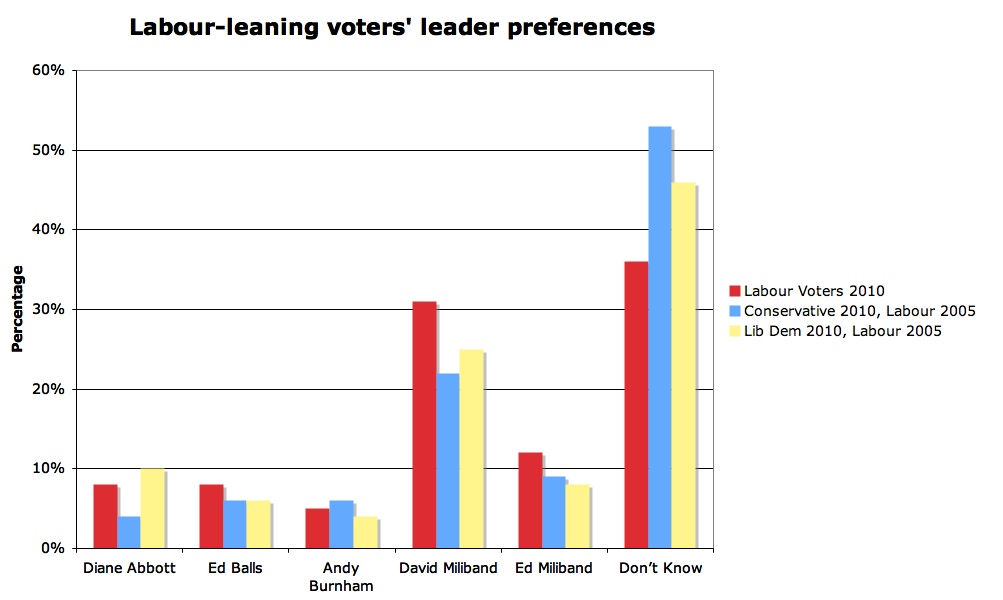 Ed Miliband, appearing on the Today programme this morning, said that he was “increasingly confident” of victory in the Labour leadership contest. The momentum, he claimed, is with him. But his brother’s campaign fought back today telling Left Foot Forward they were “also increasingly confident”.

A ComRes poll for today’s Independent found David to be twice as popular as Ed among Labour-leaning voters. Over 1,500 people who have voted Labour at least once in the past 20 years were polled. Asked for their preferred candidate, 26 per cent nominated the older Miliband, 11% his brother Ed, 8% Diane Abbot, 7% Ed Balls, and 4% Andy Burnham. David Miliband demonstrated a similar lead when interviewees were asked for the most credible prime minister and leader of the opposition. The ComRes poll also found that 35 per cent of people who backed Labour in 2005 but switched to the Lib Dems this year chose David as the candidate most likely to win over wavering voters, while only 5 per cent opted for Ed.

A spokeswoman for Mili-D today told Left Foot Forward of the boost felt by their team at being “backed by the people who could vote Labour back into power.” Her attitude was defiant. She pointed out that David increased his first preference lead over Ed among party members in Sunday’s YouGov poll as well as increasing his lead among MPs and MEPs. In a direct response to Ed’s Today programme remarks she said the campaign was “also increasingly confident” of victory. She denied that Ed would dominate the trade union vote, claiming that many union members will not defer to their leaders, but use their vote for themselves.

Ed Miliband’s “allies”, according to the Independent, are determined to brush over the ComRes poll’s figures. They stressed that the poll simply demonstrated David’s higher public profile, and did not represent Labour members’ views.

In what may be interpreted as an indictment of the leadership campaign’s failure to reach out to the public beyond Labour Party members, 44 per cent of those polled did not have a preference when it came to the Labour leadership. This has not, however, hurt the party’s fortunes in general. A YouGov poll, published today, shows Labour have narrowed the gap with the Conservatives to the closest figure since October 2007. The Tories are on 40 per cent, Labour on 39%, and the Lib Dems on 12%