The OECD's Employment Outlook has praised the Labour Government's Future Jobs Fund. It says the decision to scrap the scheme by the Coalition is "of concern". 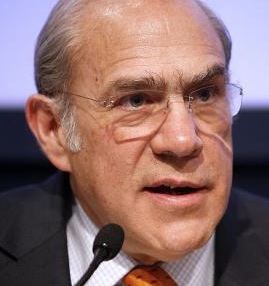 The OECD’s Employment Outlook puts the need for job creation at the centre of its message. Examining the UK, there is praise for Labour’s Future Jobs Fund and “concern” about the Coalition’s decision to scrap it.

The report goes on to say that:

“The introduction [by Labour] of the Flexible New Deal (FND) in October 2009 has been useful in the context of the recession because it puts an increased focus on screening skills at an early stage of the unemployment spell, targeting the low-skilled unemployed who are likely to face greater challenges in finding employment.

The document goes on to praise the “cut in employer contributions at the bottom end of the wage ladder [which] should enhance employment opportunities for this workforce group.” Although the spending cuts necessary to pay for this decision could cost 40,000 public sector jobs.

But in strong language the report questions the Coalition’s priorities:

“While the large fiscal deficit makes it essential to focus on cost-effective programmes and target the most disadvantaged groups, labour market policies should remain adequately funded. In this context, it may also be of concern that the new Budget ends funding for two crisis measures, namely, the Future Jobs Fund and the Six Month Offer.”