Once again, evidence is mounting that the cost to Britain of nuclear power is spiralling. 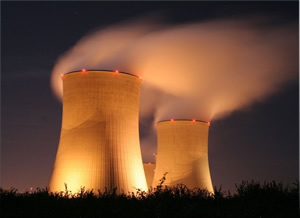 Once again, evidence is mounting that the cost to Britain of nuclear power is spiralling. The new energy secretary, Chris Huhne, has briefed The Guardian this morning that he has inherited a “£4 billion black hole in unavoidable nuclear decommissioning and waste costs”. The newspaper reports that the black hole is “equivalent to wiping out one sixth of the overall cuts in public spending identified by the Treasury with such fanfare last week”.

The extravagant costs to the taxpayer of supporting the nuclear industry are particularly shocking given the cuts that the Department of Energy and Climate Change (DECC) is about to embark upon, which will see it reduce spending on support for genuinely clean energy projects.

Despite a recent YouGov poll showing two thirds of people want investment in clean energy to increase, an unfair and disproportionate bulk of DECC’s anticipated cuts are expected to come from funds dedicated to supporting green technologies and the new clean energy industry, such as the Environmental Transformation Fund.

Meanwhile, whilst of course there will be some unavoidable expenditure associated with safely dealing with Britain’s nuclear plant legacy, right now the Nuclear Decommissioning Authority (NDA) is spending profligately and is expected to face only negligible cuts of less than 1 per cent of its budget.

Left Foot Forward considers that it is clear there’s a need for an independent and open audit of NDA spending to examine the room for greater cuts there when you look at these examples of the organisation’s largesse:

• The ex-managing director of Sellafield, Barry Snelson, who ran the site on behalf of the NDA, was recently given a £2,000,000 golden adieu for “loss of office.”

• His colleague David Bonser, head of the thermal oxide reprocessing plant (THORP), was given a £1m pay off at the same time. He was in charge of the site, during the 2007 THORP leak that went unnoticed for 9 months and cost the organisation millions in lost revenue – revenue that the NDA is supposed to generate in order to ease the burden on taxpayers to cover the expense of legacy waste management and decommissioning costs.

• Similarly, Sellafield CEO Mike Parker picked up £526,000, fellow director John Edwards £420,000 and 10,000 site workers each got a “goodbye bonus” of £1,500. Unsurprisingly, all the directors listed above have since moved into other jobs in the nuclear industry.

• In 2008 the NDA paid out £3.8m in staff bonuses in the year after the THORP leak. Every member of regular staff received one, working out at nearly £12k average per staff, up to 40% of salary. The NDA agreed there was “room for improvement” on this.

• As part of their deal with Nuclear Management Partners, the new consortium running Sellafield for the NDA, they will get a £50m per year performance bonus. This is on top of a £16.5m dividend pay out. Why have the NDA put these in the contracts, and what other surprises are lurking in their deals with subcontractors?

Looking at their figures, total NDA expenditure for 2010/11 is £2.8bn. Over a quarter of this budget is currently spent on “support costs”; these are currently vaguely defined as those costs “not directly related to projects” and cover such areas as “site services, general support costs and stakeholder costs”.

Even though it has been acknowledged that:

“The biggest area of concern for the Treasury is that almost £800m per year is spent on administration and other ‘support costs’.”

According to the latest NDA Business Plan the burden of providing the majority of the planned £30m efficiency cuts will come from Site License Companies – those companies who actually run clean up and decommissioning projects at the UK’s Magnox plants like Sizewell A. Only about £12m will come from reducing support costs at places like the NDA’s HQ.

“My predecessors avoided taking tough decisions when they should have done and the result is that it is much more expensive to deal with than if we had dealt with it in a timely manner back in the 70s and 80s.

“A lot of it is spent fuel, and was not dealt with at the time. It is a classic example of short-termism. I cannot think of a better example of a failure to take a decision in the short run costing the taxpayer a hell of a lot more in the long run.”

Well, now Mr Huhne has a golden opportunity to think long-term and save the taxpayer billions by sticking to his guns and making sure any possible future subsidies by stealth, like the so-called ‘Fixed Unit Price’ scheme, are rooted out.

There were already serious delays in bringing forward the promised new nuclear programme even before the appointment of a nuclear-sceptic energy secretary and it is clear all this leaves prospects for a nuclear renaissance looking riskier than ever. Left Foot Forward analysis some months ago highlighted that hidden costs of new nuclear suggest four new nuclear reactors could cost nuclear utility EDF £50 billion.

This followed research by Citigroup which concluded:

“Three of the risks faced by developers — Construction, Power Price, and Operational — are so large and variable that individually they could each bring even the largest utility company to its knees financially.”