As the Libservative coalition has now released its programme for government, Left Foot Forward now looks at what it means for the digital economy. 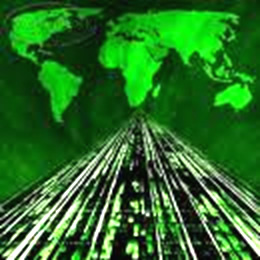 Left Foot Forward followed the pre-election manuovers of the main political parties around the UK’s requirements for next-generation broadband infrastructure and the then government’s Digital Economy Act. As the Libservative coalition has now released its programme for government, Left Foot Forward now looks at what it means for the digital economy.

The Liberal Democrats’ pre-election desire to repeal the Digital Economy Act was due to a backlash by party members against Lord Clement Davies’s support and obvious connections to the media industry served as a political lightning rod for concerned netizens.

This promise to repeal the act went missing from the Lib Dems’ manifesto and has now been thrown out with Jeremy Hunt, the new culture, Olympics, media and sport secretary, confirming that the new Libservative coalition will not be repealing the Digital Economy Act. Conservative Party leader David Cameron is said to believe that a repeal of the act would be “an unacceptable setback for the important measures it contains”.

It is worth recalling that Cameron formerly worked at Carlton Communications doing PR and parliamentary lobbying for the media company; it is perhaps understandable why he may wish to pander to the interests of the media lobbyists and special interest groups.

Left Foot Forward’s position on the Digital Economy Act is that it is a non-progressive piece of legislation for a number of reasons, amongst those:

• It adversely affects entrepreneurship and innovation;

• It makes the UK a less desirable destination for inbound investment; and

• The law is opposed by the vast majority of the UK population with civil disobedience promised and a consumption strike under way turning it into the digital equivalent of the infamous poll tax.

The Libservative coalition has taken the country’s broadband infrastructure sufficiently seriously to appoint Ed Vaizey as minister for culture, communications and creative industries or in essence the minister for broadband. Vaizey has been tasked with rolling out super-fast broadband to both urban and rural areas, ensuring alternative providers have equal access to BT exchanges and duct work. There is also a claim that part of the BBC license fee may be used where necessary to aid in the rollout.

Like the plans of the previous Labour government, the Libservative plans on broadband rollout seem to be under-resourced. There is an economic disincentive for many operators to roll service out to poor and remote communities because of the poor return on investment vis-a-vis equipment costs and infrastructure rollout.

A good start to help industry would be to abolish the business rates charged on optical fibre cable, and railroad planning approval for wireless masts; however, the only way to force rural super-broadband roll-out would be by changing the universal service requirements in wireless carrier licenses. Interestingly, none of these measures were discussed in the Libservative coalition programme for government.