‘Another Tory frantically searching for a new career outside of politics. An even bigger reason to avoid GB News.’ 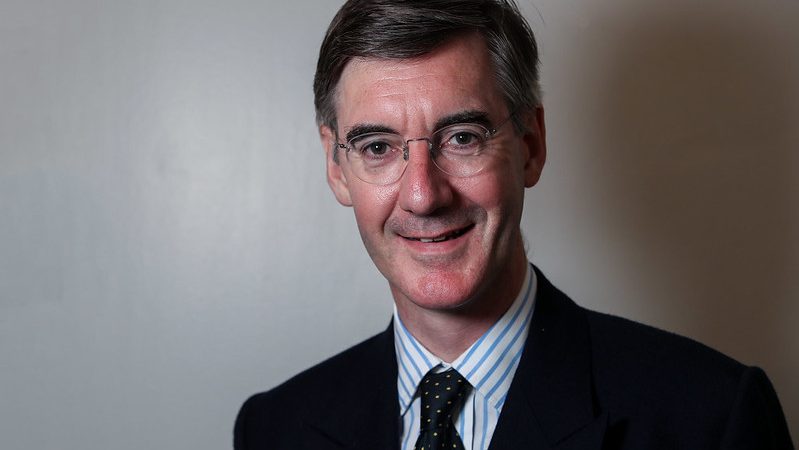 Sources inside the channel have apparently told the newspaper that the MP for North East Somerset, who resigned from the cabinet when Rishi Sunak became prime minister, will be joining GB News “in the coming months.”

The controversy-prone, right-wing TV channel has had a turbulent first 18 months. As well as dubious viewing figures, brands suspended adverts on the station due to perceived conflict with their values.

The channel has started the new year with a plan to cut costs, hire new major talent, get off an advertising blacklist, and force all presenters and producers to take training workshops to brush up on ‘the law and Ofcom.’

It looks like the plan could involve hiring one of the most outspoken figures in politics as a presenter. While Rees-Mogg has not yet confirmed that he will be hosting on GB News, Twittersphere has been flooded with mockery over the prospect.

“Another Tory frantically searching for a new career outside of politics. An even bigger reason to avoid GB News,” wrote one Twitter user.

“If you thought @GBNews couldn’t get any worse….” wrote another.

“Another good reason not to tune in,” someone else mocked.

It wouldn’t be the first time the former minister of Brexit Opportunities has dabbled with media hosting. Prior to his appointment to Boris Johnson’s government as Leader of the House of Commons in July 2019, Rees-Mogg hosted a weekly show on LBC.

Earlier this month, the politician was interviewed by GB News’ Tom Harwood, a political correspondent for the channel. In the interview, he claimed that the government was forced to overlook mistakes made by the Bank of England during the summer.

“Mistakes are always made as it’s part of the human condition to make mistakes. Perfection is not within the human gift.

“There was a combination of circumstances that meant that the financial statement in late September 2022 had consequences that led to the end of that government pretty quickly,” said Rees-Mogg.

In another appearance on GB News this week, the MP was interviewed by Nigel Farage, who made reference to the rumours.

“I won’t embarrass Jacob by asking him here whether this rumour is true or not, because not long ago he was a minister, and the correct period of time has not elapsed before he’s allowed to say any other ventures he’s going to move on to.

“I just hope that we’ll be seeing a lot more of Jacob Rees-Mogg on GB News. I really hope the rumours are true,” said Farage.

If the outspoken Brexiteer does join GB News, he would be the third sitting MP to have their own show on the right-wing channel. Tory MP for Tatton and Brexiteer Ester McVey presents a weekly Saturday Morning show with her husband. Dehenna Davison, who is standing down as MP for Bishop Auckland at the next election, used to present The Political Correction on Sundays.

The rumours of another Tory MP presenting on the controversial channel come as MPs face mouting pressure over the amount of money they earn from outside jobs, including hosting their own TV shows and media performances.

Earlier this month, it was revealed that Tory MPs have raked in £15.2 million from second jobs since the 2019 election.