"So for one week, will he stop blaming others, take some responsibility and just admit under his watch, the NHS is in crisis, isn’t it?” 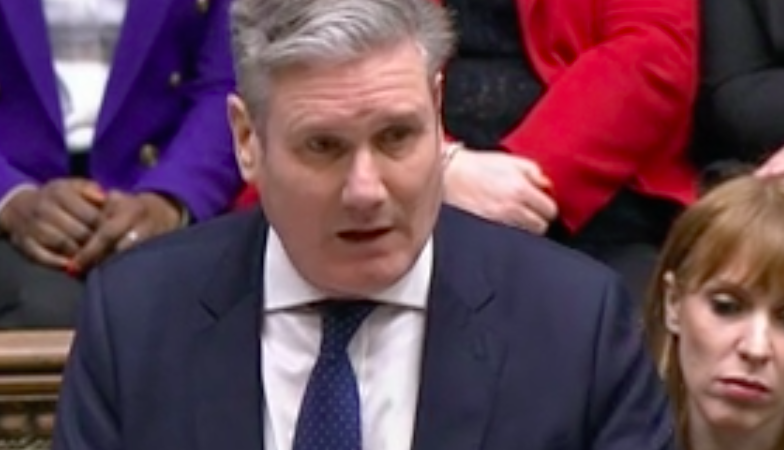 During Prime Minister’s Questions this afternoon, Keir Starmer tore into Rishi Sunak over the crisis facing the NHS, as he recalled the harrowing stories of constituents having to wait for ambulances and emergency care.

The Labour leader asked Sunak if at 12.03 someone with a heart attack phones for an ambulance, when he would expect it to arrive. Sunak attempted to deflect the question before going off on a tangent attacking trade unions.

Starmer replied: “The government says that an ambulance should be there in 18 minutes…I know he doesn’t want to answer the question I asked him so I’ll ask him again, when will the ambulance arrive?”

Sunak once more deflected, to which Starmer laid out in damning detail ambulance wait times. He said that in Peterborough an ambulance would not arrive until 2.10pm; in Northampton, 2.20pm; in Plymouth, 2.40pm.

“So for one week, will he stop blaming others, take some responsibility and just admit under his watch, the NHS is in crisis, isn’t it?”, asked Starmer.

The Labour leader also shared the heart-breaking story of one person who was battling cancer and collapsed at home.

Starmer said: “Stephanie from Plymouth was battling cancer when she collapsed at home. Her mum rang 999, desperate for help, she only lived a couple of miles from the hospital but they couldn’t prioritise her. She was 26 when she died waiting for that ambulance.

“A young woman whose life was ended far too soon, as a dad I can’t even fathom that pain. So, on behalf of Stephanie and her family will he stop the excuses, stop shifting the blame, stop the political games and simply tell us when will he sort out these delays and get back to the 18-minute wait?”