“The simple truth is you can’t legislate your way out of 13 years of failure.” 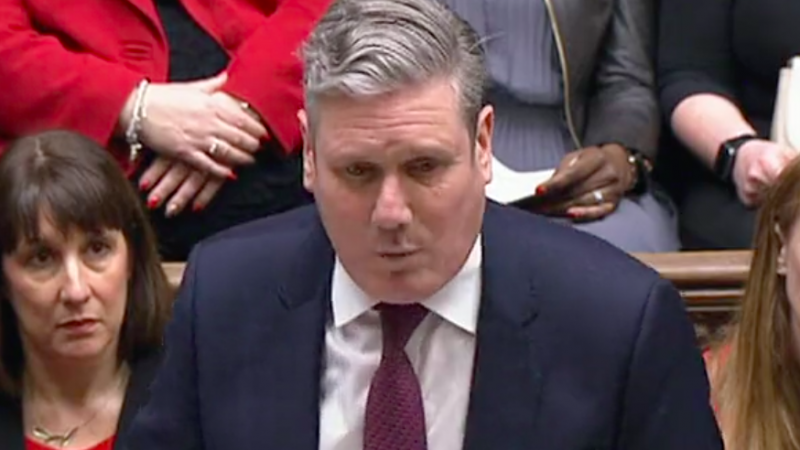 Prime Minister Rishi Sunak endured a bruising PMQs this afternoon, as he faced opposition to his anti-strike legislation and for wanting to sack key workers.

Labour leader Keir Starmer kicked off PMQs by asking Sunak about the NHS strikes, telling the Prime Minister that if he had negotiated with nurses and ambulance workers before Christmas they wouldn’t be on strike.

“Why is he choosing to prolong the pain of the strikes”, asked Starmer.

The Labour leader then went on to add: “When I clapped nurses I meant it. His response to the greatest crisis in the history of the NHS is to threaten to sack our nurses. His Transport Secretary says it’s not the solution, his Education Secretary says he hopes it won’t apply in schools. His own assessments say it could increase the number of strikes.

“The simple truth is you can’t legislate your way out of 13 years of failure.”

The Labour leader also accused the government of going from ‘clapping nurses to sacking the nurses’.

He said: “And to add insult to injury, they’re the cause of the crisis. His government commissioned a report on waiting times, his own report says this is not a Covid problem, it’s 10 years of managed decline. As a result, 7.2 million people are now waiting for treatment.

“He says he wants to be held to account over that. So let’s be very clear, is his promise merely to get those numbers back to where they were before Covid, that’s 4.6 million or back to where Labour had them in 2010, almost half of that? Which is it?”

At the start of PMQs Sunak sought to address questions about his own private healthcare use, telling the Commons that he was registered with an NHS GP but that he had used independent healthcare in the past.