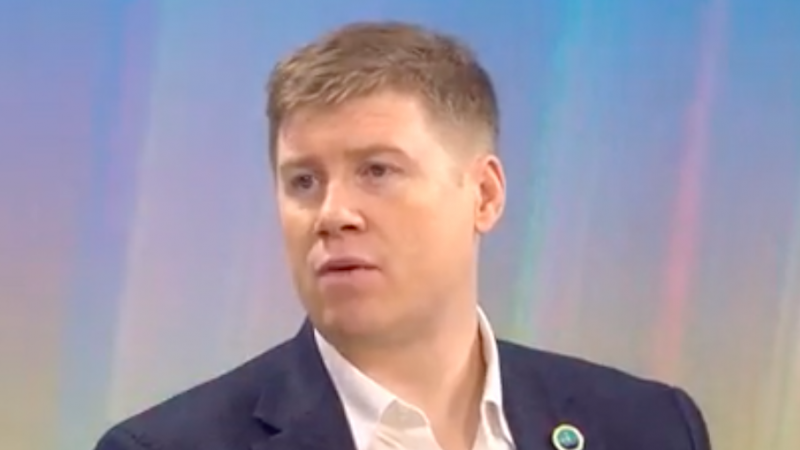 With public sector workers going on strike over low pay as inflation soars amid a cost of living crisis, one of the arguments being pushed to avoid giving them pay rises is that it will lead to yet further inflation.

It’s an argument that has been challenged by both economists and union bosses, with Dempsey today explaining why this just isn’t the case.

He told Sky News: “This idea that there’s going to be a wage price spiral is nonsense because wages have been falling as a share of wealth that’s created in this country.

“What goes to wages and what goes to profit, that’s been falling for 40 years. So if you go back about 35 years around about 60% of unit prices, value created and commodities that are sold, that would go in Labour costs and about 15% would go in the form of profits.

“That’s now been completely reversed, so labour costs only account for about 8-12% of unit costs at the moment, that’s wages.

“There was a study done by the Bank of International Settlements recently about the risk of wage induced inflation across Western economies and they said wages right now represent  either no risk or actually negative figures. So they’re part of deflationary pressures because people have got less money.

“So the idea that giving people a pay rise this year is going to cause an inflationary spiral is nonsense. We’ve got inflation without it.”

Economics professor Mariana Mazzucato has also questioned the idea that inflation is caused by wage rises, telling LBC last month that unit labour costs, wages, are not the current source of inflation but that it was mainly down to food and energy costs as well as excess profits in the system by energy and mining companies which is also one of the ‘key sources right now of inflation’.