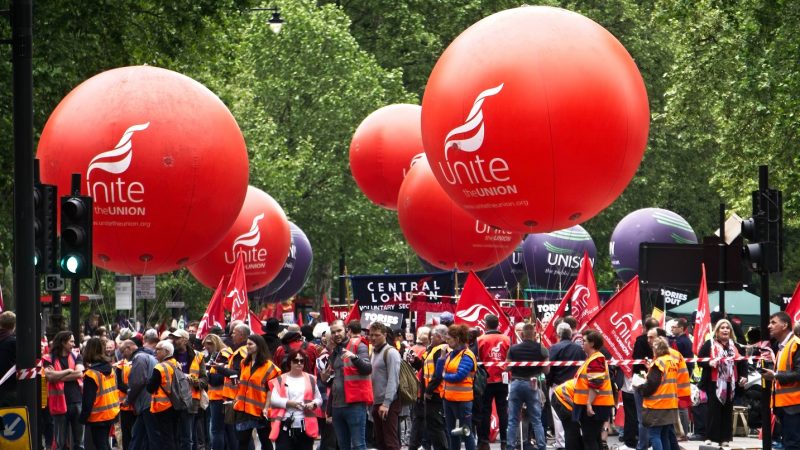 The latest figures from the ONS today have revealed that inflation in the UK has hit a 40-year high, as millions of households up and down the country struggle amid the cost of living crisis driven by soaring food and fuel prices.

The Office for National Statistics said the consumer prices index rose by 10.1% in the year to July, up from a reading of 9.4% in June.

The news will also lead to calls for bolder and more radical action to combat the cost of living crisis, with rises in child poverty and fuel poverty expected.

Trade unions have called for greater protection for workers and action to combat growing inequality.

Here’s how some of the unions have already reacted to the news.

Commenting on the ONS inflation figures released today, Graham said: “Today inflation reached new perilous levels for workers and their families. Yesterday, real wages fell to the lowest on record, So, if today’s figures prove anything it’s that wages are not driving inflation.

“Since the pandemic, the FTSE top 350 have seen profits soar by 43 per cent. Britain has a profiteering crisis – when is something going to be done about that?”

The TUC have called on ministers to cancel the catastrophic rise to energy bills this autumn.

General Secretary Frances O’Grady said: “Families are facing a cost of living emergency. Ministers must cancel the catastrophic rise to energy bills this autumn. And to reduce future inflationary pressures and make energy more affordable, they should bring energy retail into public ownership.

“To help people with the cost of living this winter, government should bring forward increases to universal credit and the national minimum wage.

“And companies that were supported by taxpayers through the pandemic must step up to help too. They should show profit restraint to help keep prices down and to prioritise pay rises for staff.”

Unison has said that a proper wage boost is the answer as inflation reaches a 40-year-high.

“Wages are slumping at a record rate while prices and bills shoot up. But the government and those angling to be the next PM appear indifferent to the plight of those struggling to make ends meet.

“Ministers are deluded if they think workers can put up with yet more misery. Above-inflation pay rises are essential to rescue families on the brink.”