“How did his colleague Baroness Mone end up with nearly £30 million of taxpayers money in her bank account?” 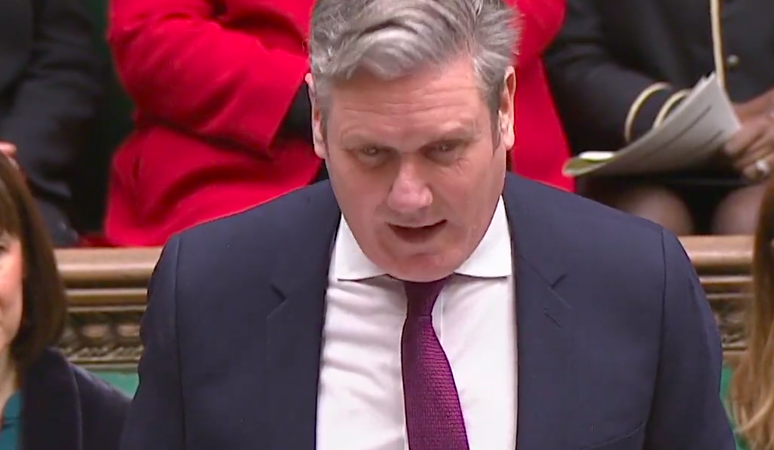 Rishi Sunak endured yet another bruising Prime Minister’s Questions this afternoon, as Labour leader Keir Starmer took him to task for scrapping housebuilding targets and for handing over millions of pounds of taxpayers’ cash to Baroness Mone for PPE contracts.

Sunak was asked by Starmer just how Tory peer Baroness Mone ended up with nearly £30m of profits from PPE contracts.

Baroness Mone stands accused of having links to a firm and personally benefiting from the contracts awarded to it for personal protective equipment (PPE) during the coronavirus pandemic.

She is reported to be a beneficiary of an offshore trust believed to have received £29m from PPE Medpro’s profits. In 2021, the government revealed that she had referred PPE Medpro via the VIP lane system, with the company awarded two contracts worth £200m.

She has denied she has profited from the business.

Starmer asked Sunak: “How did his colleague Baroness Mone end up with nearly £30 million of taxpayers money in her bank account?”

Sunak said that he was shocked to read of the allegations, to which he received much jeering, and said that it was right that she was no longer attending the House of Lords and no longer had the party whip.

Starmer replied: “He says he’s shocked, he was the chancellor he signed the cheques! How much is he going to get back!?”

The prime minister caved into pressure from Tory rebels who were concerned by plans to build in leafy, rural areas.

That Sunak is having to U-turn once more, as the government faces a series of rebellions, including on relaxing the ban on onshore wind and tax rises in the Autumn statement, shows just how difficult he is finding it to govern over a disunited party.