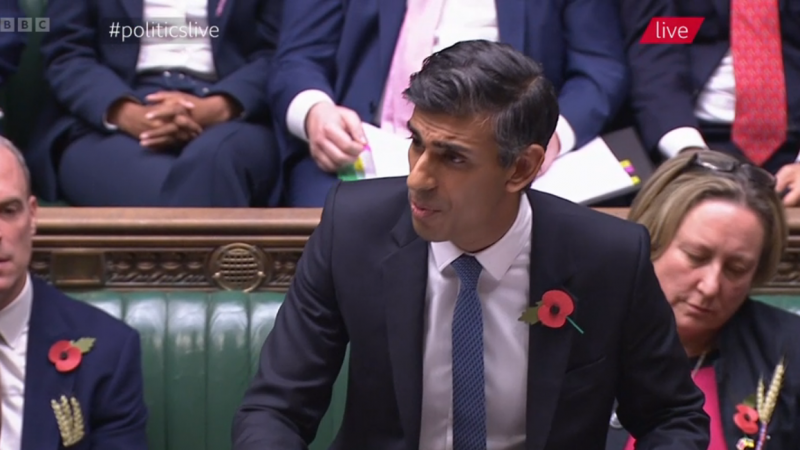 The prime minister Rishi Sunak has refused to commit to raising benefits in line with inflation or maintaining the triple lock on pensions. Sunak was pressed on these issues at this week’s Prime Minister’s Questions (PMQs) in the House of Commons.

The SNP’s leader in the House of Commons Ian Blackford asked Sunak, “Will he keep his promise and lift benefits and pensions in line with inflation?”

Sunak refused to make that commitment. He replied by saying, “We do now have an excellent new chancellor and I’m looking forward to his autumn statement in a couple of weeks. It wouldn’t be right to comment on individual policy measures before then. But I think everyone knows we do face a challenging economic outlook and difficult decisions will have to be made.”

Blackford used his second question to press Sunak on this again. He said, “For the second week running, he still won’t give a straight answer to the most vulnerable that require support. The prime minister keeps telling us that difficult decisions need to be made. But austerity 2.0 isn’t a difficult decision. It is what it has always been: A Tory political choice to hit the poorest hardest.

Sunak again refused to answer the question – instead commenting on his support for North Sea oil and gas.